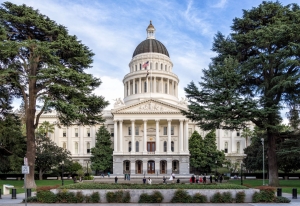 January 3, 2018 (Sacramento) – As the state Legislature reconvenes to consider important matters including the state budget, the process just got more complicated for Democrats.  Resignation of three Democratic members means the party has lost its supermajority.  So even though Democrats still retain a majority, without the two-third supermajority required, they won’t be able to pass any measure that raises taxes without Republican support.

One of the lawmakers, Assemblyman Sebastian Ridley- Thomas, resigned last week due to serious health issues. Two others, Raul Bocanegra and Matt Dababneh, resigned after allegations of sexual harassment.  A fourth legislator, State Senator Tony Mendoza, also a Democrat, has faced similar allegations but refused to resign until a formal investigation is conducted.

The vacancies will ultimately be filled by special elections held in each district. In the meantime, Democrats are apt to find themselves hamstrung in efforts to pass a budget, raise new revenues, or put proposals on the statewide ballot – since all of these actions require a two-thirds supermajority in both houses of the Legislature.