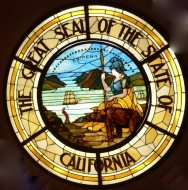 In recent years, Republicans have blocked passage of any budget or other measure that includes tax increases or closing corporate tax loopholes. The Democrats' new supermajority could signal an end to partisan gridlock if used judiciously, though Senate Republican leader Bob Huff expressed fear that “there will be a tremendous temptation [for Democrats] to tax our way to prosperity.”

Democrats have decried deep budget cuts in education and social services, such as in-home care for seniors and the disabled.  While Democrats have traditionally opposed raising taxes on the middle class or those with low incomes, some have favored proposals to impose a wellhead tax on oil drilling (similar to what all other oil-drilling states already have) or closing tax loopholes for California corporations that offshore their assets while paying no state taxes.  Those options have been projected to raise substantial revenues, but have been rejected in the past by Republicans, as has restoring vehicle license fees and various other measures.

The supermajority could potentially push-through other measures unpopular with Republicans, such as a healthcare for all Californians bill that failed earlier this year by just two votes.  It's also likely to pass budgets on time, for better or worse, sparing the indignities of I.O.U.s issued to those owed money by the state when a recent budget failed to pass on time.

Whether the supermajority will choose to use its newfound powers judiciously to alleviate burdens on Californians hurt by recent budget cuts while moving forward toward prosoperity, or over-exert its muscle with a spending spree or squeezing taxpayers and businesses fueling the economy, remains to be seen.