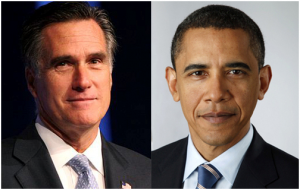 October 3, 2012 (Denver) -- All eyes will be on Denver tonight as the first presidential debate of the 2012 election season gets under way. The debate between President Obama and Republican challenger Mitt Romney will focus on domestic issues.

Both candidates could be at risk here, says Ken Bickers, a political science professor at the University of Colorado-Boulder. The economic recovery on Obama's watch has been slow, he says, while Romney was caught on video saying 47 percent of Americans are dependent on government entitlements - comments many said made him seem out of touch with the average person.

"For the president, he's in a stronger position on that, because he can talk about these as a form of compassion. That's what paints Romney into a corner, to look like someone who doesn't care about people that are struggling."

However, Bickers adds, Romney could use the debate to turn that narrative around by offering specifics of how his economic programs would help those who are struggling.

The debate is co-sponsored by AARP. John Rodwick, its regional liaison, says he's especially interested in what Obama and Romney will have to say about the future of Medicare and Social Security. Rodwick takes issue with those who refer to the programs as "entitlements."

"It is an earned benefit - and it is earned based upon one's ability or fortune to have worked within the American workplace."

Bickers says he's concerned that both sides will resort to potshots rather than proposing solutions to the long-term viability of programs such as Medicare.

"I suspect that we will see a lot of demagoging on who is the 'most in love' with Medicare and has the greatest fealty to protecting it and saving it."

The debate begins at 7 p.m. today on the University of Denver campus. The debate schedule is online at debates.org and freeandequal.org.