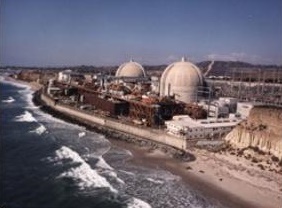 Agency will send senior official to SONGS meeting on June 22

May 7, 2016 (Washington D.C) -- Congressman Darrell lssa says he is pleased with the Department of Energy's response to a letter he sent earlier this month asking the Department of Energy to hold an additional meeting in Southern California to discuss options for the nation's plan to handle the long-term storage of nuclear waste.

Acknowledging Congressman Issa’s request, the Department of Energy has agreed to send the Acting Assistant Secretary for Nuclear Energy, John F. Kotek, to attend the next SONGS Community Engagement Panel meeting on June 22, where he will be seeking opinions and input from residents, elected officials and community leaders on this important issue. The Congressman encourages members of the public to attend.

"This is encouraging news for Southern Californians," said Congressman Darrell Issa. "For many of us, especially those in the San Clemente area, the storage of nuclear waste at SONGS is really a major source of concern. Until we can either stop the obstruction of Yucca Mountain or find an interim solution, we're going to be stuck with more than 3.6 million pounds of high-level nuclear waste stored in less-than-optimal conditions in a highly populated area.  Now that SONGS is shut down, the spent nuclear fuel and other radioactive materials should be removed from the site as soon as possible.  I'm pleased the Department of Energy will be sending a senior official to the 49th District to hear more from our local communities about the need to get a long-term storage facility opened as quickly as possible."

The response received from the Department of Energy is available here.

Interested parties can make comments in the Federal Register here before the comment period closes June 15, 2016. Congressman Issa plans to submit a comment before the deadline.

On February 18, the U.S. Department of Energy announced a series of eight public meetings on the department's "consent-based" siting initiative to seek input on finding the long-term solutions for nuclear waste storage.

The Department's announcement included 8 cities -- Denver, Chicago, Atlanta, Sacramento, Tempe, Boise, Boston, and Minneapolis. The only California city on the list was Sacramento, which, while convenient for lawmakers, didn't give Southern Californians the chance to weigh in.

On April 5th, Congressman Issa sent a letter to Secretary of Energy Ernest Moniz asking that they add a 9th meeting to the calendar in Southern California, arguing that with the SONGS facility front-of-mind for most Southern Californians, it makes zero sense that the Department of Energy wouldn't seek to hear from us on how to address nuclear waste storage and disposal.

On April 20th, the Department of Energy responded saying that, while they couldn't add a 9th meeting to the schedule, they would send a senior Department of Energy Official, Assistant Secretary for Nuclear Energy, John F. Kotek, to the next SONGS Community Engagement Panel meeting on June 22 to hear from residents on the issue. The Congressman is encouraging members of the public to attend.

Congressman Issa indicates in a press release that he still intends to submit comments to the Federal Register on the Department of Energy's consent-based siting plan before the comment period expires on June 15. The public and interested parties can also weigh in by commenting in the Federal Register here.