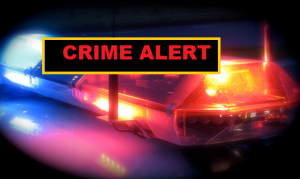 May 17, 2018 (Spring Valley) – Sheriff’s Deputy Parrot was patrolling on Felicita Avenue in Spring Valley this morning when he saw a man exit the backseat of a parked vehicle and a woman standing nearby. When the Deputy approached, he noticed the woman “silently asking for help,” according to Sergeant. K. Cartie.

The Deputy learned that the woman realized Garces, who she had been dating, was in her backseat with a gun pointed at her. She exited her vehicle just before the deputy arrived.  A search of the vehicle found a loaded .22 caliber rifle.

Raul Garces, 27, a convicted felon on parole, was arrested and charged with assault with a firearm, parole violation and other felony charges.

He was booked into the San Diego County jail.

Another criminal back behind bars.