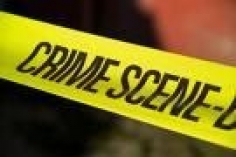 By Miriam Raftery
June 17, 2020 (Lakeside) – The San Diego Sheriff’s department has identified Andrew Sudbury as the deputy who shot and injured Dustin Banzhof in Lakeside following a domestic violence dispute. Deputy Sudbury has worked for the Sheriff’s department for six years and is stationed at the Lakeside station.
According to newly released details,  deputies who arrived at the home in the 11600 block of High Ridge Road in Lakeside believed that Banzhof, 39, had battered his girlfriend, who had locked herself in the bedroom and called 911.
Banzhof had driven away from the property before deputies arrived. Officers tried to stop Banzhof but he refused to yield and a pursuit ensued.  He then returned to his residence.
“Banzhof armed himself with a rifle and shot at deputies numerous times,” says Lt. Thomas Siever.  Deputy Sudbury then shot Banzhof in the arm.  Despite his injuries, Banzhof remained on the property, refused to comply with deputies, and continued to discharge a rifle.
The Sheriff's Special Enforcement Detail and Crisis Negotiations Team responded. At about 2:30 a.m., an uncooperative Banzhof emerged from the residence. Banzhof was arrested by deputies after a Sheriff's canine was dispatched.
He was transported to a local hospital for treatment of non-life-threatening injuries. No deputies were injured.
Banzhof is charged with attempted murder, assault on a peace officer with a firearm, felony evading arrest, and domestic violence battery.