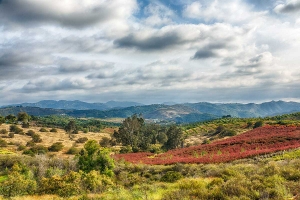 December 26, 2019 (San Diego) – Supervisor Jim Desmond has withdrawn his proposal to amend the Save Our San Diego Countryside (SOS) initiative language on the March 2020 ballot county-wide. The decision was announced at the Dec. 10 County Board of Supervisors meetings.

Supervisor Desmond’s proposed amendments closely reflected arguments of the “No on SOS” campaign, which is funded primarily by the Building Industry Association, an advocacy organization for the building industry—arguments that opponents have characterized as misleading.

Supporters of the measure include major environmental groups, which opposed Desmond's efforts to change the ballot language.

“The last-minute attempt to change the official description of this community-led ballot measure makes it clear why San Diego County needs the SOS initiative,” said Susan Baldwin, president of San Diegans for Managed Growth and a key campaign volunteer. “Once again, we see an elected member of the Board of Supervisors acting at the behest of the building industry instead of supporting a transparent and democratic process.”

Supervisor Desmond’s reversal came after over 70 public comments submitted to the Board of Supervisors by concerned citizens in addition to a comment letter from attorneys for the Yes on SOS campaign.

The letter,  prepared by attorney Sara Clark of Shute, Mihaly & Weinberger LLP, claimed that in addition to several other legal inaccuracies, “This proposed amendment is clearly unlawful, as it conflicts with plain and mandatory deadlines set forth in the Elections Code.”  It also stated that the proposed amendment to the ballot question “must be rejected as false and misleading, and therefore likely to prejudice voters against the initiative.”

“The building industry holds far too much sway over some of our local elected officials,” added JP Theberge, director of Grow the San Diego Way and San Diegans for Managed Growth board member. “This whole incident has made it clear why the SOS initiative is so important.”

The ballot measure seeks to reinforce the county's award-winning "smart growth" General Plan by ensuring that developers who seek special exemptions to the rules of land use and planning in rural and semi-rural areas (known as General Plan Amendments) obtain voter approval before getting such exemptions. Advocates including environmentalist say the initiative will protect natural areas and farmland from land speculators and developers who want to build pricey high-density housing developments in high-risk fire areas where they currently aren’t allowed. It also aims encourage developers to build housing where the county needs it most, closer to existing roads, schools, and other infrastructure, potentially saving taxpayers billions of dollars in infrastructure costs.

Opponents of the measure say it would limit housing availability, exacerbating the shortage of housing including affordable homes in our region.  Developers might also opt to seek voters’ approval for projects that require waivers if the measure passes, potentially costing taxpayers money for special elections.

The ballot language approved by Supervisors in October was the same as what appeared on petitions signed by voters.  It read: “Shall this Initiative be adopted for the purpose of amending the San Diego County General Plan to require voter approval for General Plan amendments that increase residential density for property designated by the General Plan as Semi-Rural or Rural?”

The wording change Desmond proposed, then withdrew before Supervisors were set to vote on Dec. 10, read:

“Shall this initiative amending the San Diego County General Plan to require a countywide vote, in addition to the current county approval process, when any General Plan amendment seeks to add 6 or more homes in rural and semi-rural areas, effective through 2038, excluding purely non-residential developments and developments in villages, located in areas such as Julian, Ramona and Alpine; to prohibit density transfers from higher to lower density parcels; and, to prohibit new Specific Plans through 2038, be adopted?”

It is unclear why Desmond, who pushed through developer-backed language on another ballot measure related to the controversial Newland Sierra housing proposal, withdrew his proposal to amend the SOS ballot language. Besides the threat of legal action, he may have been dissuaded by Kristin Gaspar’s absence on Dec. 10 to attend a conference, which raised the potential for Supervisors to deadlock 2-2.