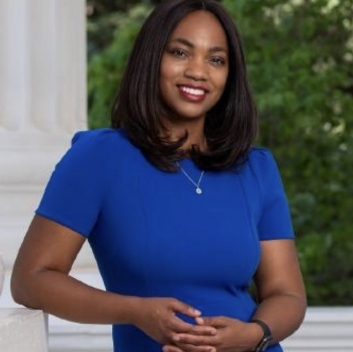 The veto has sparked outrage from advocates for jail reform and family members of inmates who lost their lives in custody, in many cases before their cases could be heard in court.

An audit by the State Auditor, requested by Dr. Weber and other San Diego legislators, found 185 people died in San Diego County Sheriff’s custody from 2006 through 2020—more per average daily population than any other county in California.  Since then, another 17 died in custody last year, the highest number on record—until this year. So far in 2020, 18  more have died in San Diego custody, including a death yesterday of Raymond Vogelman, 52, a burglary suspect who died at a hospital after being assaulted by other inmates at the George Bailey Detention Facility.

The State Auditor’s report  blasted the Sheriff’s department for extensive failures and inadequate oversight.  The Auditor’s recommendations included adding a medical professional and mental health professional to the Board of State and Community Corrections (BSCC), which is currently comprised of mostly law enforcement representatives, including Sheriff Bill Gore until his retirement earlier this year.

In his veto statement, Governor Newsom focused only on part of the legislation.  He wrote, “BSCC has had a thirteen-member board since 2013. I am concerned that adding two members unnecessarily grows the board and could impede its ability to timely carry out its mission.”

Assemblymember Weber pledged to work with the Governor’s office to reintroduce the bill next year.“The Saving Lives in Custody Act was meant to raise the standards of care for persons in custody at county jails based on the direct recommendations of the State Auditor. I am disappointed that the bill was vetoed and so are the families and community members who advocated for immediate change in our jail systems. I am as committed as ever to getting to the root cause of the systemic problems leading to the unacceptable and growing number of persons losing their lives while they are in custody.”

Activists held a press conference early this week to voice anger and frustration at the veto, KPBS reported.

Yusef Miller, cofounder of the North County Equity Justice Coalition’s Saving Lives in Custody Campaign, called the Governor’s explanation “a betrayal.”  He said adding medical and mental health professionals to the state board overseeing jails is needed, noting, “A lot of the deaths that we have are a combination of both, if not one or the other.”

Sundee Weddle, whose son’s death was listed as an accidental overdose last year in the central jail, said, “There’s nothing accidental about the amount of drugs inside San Diego jails.” Many of the deaths have been attributed to overdoses of Fentanyl, which is lethal in very small amounts.

Since Sheriff Gore’s retirement in February, the Sheriff’s department has adopted new steps to protect inmate safety, such as screening inmates for drugs and mental illness on entry.  But the death toll continues.

Omar Marino Arroyo died in 2021 of a mental health crisis, according to his wife, Tammy Wilson, a death that might have been prevented had new steps proposed by Weber’s bill been in place, she believes.

Sabrina Weddle, another relative of an inmate who died in custody locally, asks tearfully, “How many people does Newsom want to die before he sees change?”