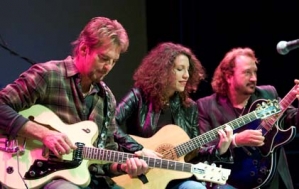 Plus we’ll have a preview of coming attractions including Julian Apple Days,   Oktoberfest El Cajon hosted by the German American Society followed by a new event, Fallfest in La Mesa and a water issues forum in La Mesa.

So scroll down tuned for all of these events and much, much more.

Visionary Community Theatre and Visionary Youth Theatre of east San Diego present Hairspray at the Performing Arts Center at Point Loma High School (2335 Chatsworth Blvd, San Diego, 92106) on September19 at 7 p.m.  Enjoy as the diverse and talented Visionary cast and crew welcome you to the 60’s!

The Chaldean American Festival will be this weekend Saturday September 19th and Sunday September 20th, from 5:00 p.m. to 10:00 p.m. in the El Cajon Centennial Plaza (where Rea Street meets Sulzfeld Street next to City Hall) in downtown El Cajon.

The Chaldeans are Iraqi Christians many who have lived in East County for generations and many who recently have become refugees from the conflicts in the Middle East.

“Chaldeans are one of the ancient cultures of Mesopotamia, and we welcome all our friends and neighbors to come learn more about us and where we come from,” said event organizer Dr. Noori Barka.

This is a free family event and will feature authentic homemade Chaldean faire, traditional music and dancing, games for children, as well as local vendors for all to enjoy.

Proceeds from the event will benefit the Boys & Girls Clubs of East County and the “Adopt a Refugee Family” drive to support families fleeing the Middle East due to ISIS.   Again that’s Saturday and Sunday September 19th and 20th in the middle of downtown El Cajon.

The 2015 Julian Music Festival will celebrate its 46th anniversary on September 19 with a diverse line-up of musical acts and a new event beneficiary, the California Wolf Center in Julian.

The festival will take place from 1 to 6:30 p.m. on the grounds of the Menghini Winery (1150 Julian Orchards Dr.) in Julian. This year’s festival will feature a varied collection and blends of musical genres, including Latin jazz, adult contemporary, alternative folk, Celtic and more.

For tickets and details, visit www.JulianMusicFestival.com.

Poway on Stage, the foundation that supports the Poway Performing Arts Center, will present Blue Sky Riders in an acoustic concert to open the center’s Silver Anniversary season.  The show will take stage on Sunday, September 20th at 7 p.m.

Featuring Grammy Award-winning singer-songwriter Kenny Loggins and Nashville songsmiths Gary Burr and Georgia Middleman, Blue Sky Riders combine harmonies with elements of country, pop, and Americana.  For tickets and details on the full season lineup, you can go to www.PowayOnStage.org.

Author Roger Conlee will be speaking at the Lemon Grove Library (3001 School Lane) on September 23rd at 6:30 p.m. about his new book, “Dare the Devil,” set in 1940s Los Angeles where gangs, cops and strange earthlings inhabit the mean streets.

On Wednesday, September 23, starting at 10:00 a.m. until 1:00 p.m. at the Ronald Reagan Community Center on Douglas Street in El Cajon

Learn how to avoid getting reeled in by financial scammers and other crooks. The free presentation and lunch is geared toward seniors and caregivers and will be led by county Supervisor Dianne Jacob. Speakers will include scam victims, Sheriff’s Department Detective Maureen Perkins and Deputy District Attorney Paul Greenwood, an expert on elder abuse and financial crimes.

“A lot of crooks see seniors as easy prey and try to rip them off over the phone or through email and snail mail,” said Supervisor Jacob. “This event will arm our elderly with important tips on how to avoid these swindlers.”

Experts from county Aging and Independence Services, Assessor/Recorder/County Clerk's office and Treasurer-Tax Collector’s office will also be on hand to offer advice and answer questions.

They will also provide take-home materials and talk about some of the most common swindles, including the “grandma scam” and the “IRS scam.”

Supervisor Jacob and District Attorney Bonnie Dumanis recently teamed up to bring more attention to the issue of senior scams and to offer advice through a countywide public awareness campaign dubbed “Don’t Get Hooked.”

La Mesa Conservations, a new civic volunteer group, has announced a series of public programs to enrich La Mesa’s civic dialogue on issues of importance to city residents.  The first program will be held September 23rd from 6 to 7:30 p.m. at the San Pasqual Winery on La Mesa Blvd.  The topic is “The Future of Water in La Mesa” with panelists from Helix Water District, the Water Conservation Garden, and the Water Reliability Coalition.

NOW FOR A PREVIEW OF COMING ATTRACTIONS

As part of Julian’s Apple Days Celebration, a two-day Apple Days Festival will be held September 26 & 27 at Menghini Winery featuring apple displays, music and dancing, an antique tractor display, children’s games and activities, gold panning demonstrations, a beer and wine garden, food and merchandise vendors, contests, and, of course, apple pie. The event runs from 10:00 am to 5:00 pm, both Saturday and Sunday.  The coronation for Mr. and Mrs. Apple Days will be held on Saturday.

The event began back in 1909 with apple ranchers celebrating their harvests. Back then the event included an all-night dance at the Town Hall and trick riding by local horsemen, drawing about 2,000 people. Today, Julian celebrates its apple season for a full two months, drawing tens of thousands of people with the festivities culminating in the Apple Days Celebration September 26 and 27.  The same weekend you can also enjoy an Oktoberfest in downtown Julian and melodrama performances by Julian’s Doves and Desperados, as well as the Laguna Mountain Rendezvous with historical reenactors just down the hill in Santa Ysabel.  For details you can check visit www.JulianCa.com.

Oktoberfest has been a tradition in La Mesa’s downtown village since 1942, drawing over 100,000 attendees in recent years.  This year, the La Mesa Village Merchants Association hosts the Oktoberfest on Saturday and Sunday, October 2 and 3 from 12 noon to 10 p.m. This year's festival goes back to its roots with a focus on German heritage.  The Bavarian Beergarden Band, Alpine Gemutlichkeit Dancers, and the El Cajon German Band highlight the entertainment.  There will be German food including bratwurst and real German beer served up at two beer gardens, plus vendors.  For details you can visit www. LMVMA.com.

The German American Societies of San Diego will host their traditional Oktoberfest the first two weekends in October on Fridays, Saturdays and Sundays (October 2 - 4 and October 9 – 11 in El Cajon).  You can enjoy authentic German food and BBQ, a variety of German pastries, and authentic German music. There are also vendor and craft booths as well as a Kids Fun Zone. This annual celebration will be located at the German American Societies’ headquarters at 1017 South Mollison Avenue in El Cajon. For more information, visit www.oktoberfestelcajon.com.

La Mesa’s Chamber of Commerce will present FallFest, a new festival to be held October 16 and 17 at Grossmont Center in La Mesa.  This event features country and rock ‘n’ roll musical artists including Brent Payne, winner of the best country song of the year award at the Hollywood Music Awards in 2012 for his hit single, Now and Forever. He’s nominated again this year for his song, Midnight Prayer.  A beer garden, food and more are also part of the fall festivities at this event.

That’s all for this week! You can find details on all of these events and more on our Calendar and in our Festivals and Events section online at eastcountymagazine.org.

We’ll be back next week with more festivals, events and attractions in San Diego’s East County.