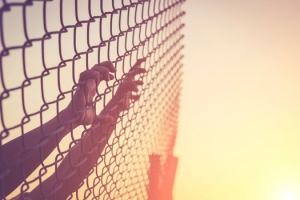 November 9, 2015 (Austin, Texas) – Detained women seeking asylum in the U.S., who launched a hunger strike last week, are facing retaliation from ICE agents, according to the advocacy group Grassroots Leadership.

Cristina Parker, who directs the group's immigration programs, says some strikers have been placed in solitary confinement and others relocated to all-male facilities.

She points out most women at the T. Don Hutto Residential Center northeast of Austin are fleeing violence in Mexico and Central America.

Parker says despite following the legal process, many have been held against their will for months.

In a statement, U.S. Immigration and Customs Enforcement (ICE) denied the women are on hunger strike and maintains the facility does not have solitary confinement areas.

Parker notes some strikers were removed from the general population and locked up alone in medical cells.

Monica Morales says her mother went on strike after guards took away food she had purchased at the center's commissary, and gave her sour milk and a half-baked cake.

She says her mother, Francisca Morales Macias, told her, “If they're going to treat us like animals, I might as well join the protest.”

Morales says her mother was moved to an all-male detention center on Monday, after the strike's ranks grew over the weekend.

"My mom went on hunger strike because she wants to be heard,” Morales says. “She wants to be freed with her family here in the United States, because she's on her own in Mexico, and in danger."

Cristina Parker says she has been told almost all detainees have joined the strike, drinking only water – sometimes with sugar packets – to sustain themselves.