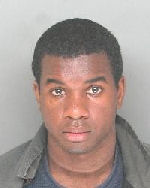 November 20, 2012 (San Diego) -- On October 26, 2012, a sexual assault was reported to the San Diego Police Department Sex Crimes Unit.  The suspect, Jason Mc Klevey, age 31, had befriended the victim through a website called “conversationexchange.com.”   This website is frequently used by foreign exchange students to practice both written and spoken language skills.
As a result of their investigation, Sex Crimes detectives determined that Mc Klevey had, in fact, contacted numerous female Asian foreign exchange students through “conversationexchange.com.”  It appears that most of these women were students at local San Diego colleges and universities.
Mc Klevey was arrested for sexual assault and false imprisonment on November 7, 2012.  Anyone with information concerning this investigation is asked to contact the San Diego Police Department’s Sex Crimes Unit at (619) 531-2210 or San Diego County Crime Stoppers at (888)580-8477.