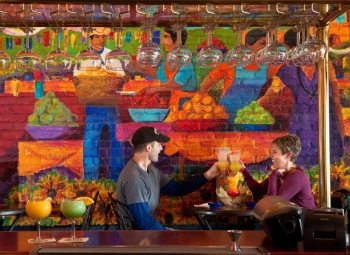 Celebrate “50 Days of Fiesta” with special menu and more now through Dec. 24

Opened in 1971, Casa de Pico was Powers’ first restaurant and originally located within San Diego’s Old Town State Park. With the vision of recreating the beautiful Mexican bazaars she had long-admired, Powers leased the site of the rundown and boarded up Casa de Pico Motel from the state and began a legendary transformation of the space to create Bazaar del Mundo, a colorful shopping and dining experience, including Casa de Pico. 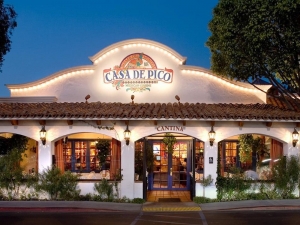 Starting on November 4 through December 24, guests are invited to celebrate “50 Days of Fiesta” at Casa de Pico with a special anniversary menu that features 10 of the restaurant’s most popular dishes throughout the years, such as the Cheese Crisp Special, which has been a customer-favorite since the first day it was served in 1971.

“We are so grateful to our dedicated following of the loyal customers who have been dining with us since we were in Old Town. I am thankful for our longtime staff and managers for overseeing and leading Casa de Pico to success,” said Powers.

Diane Powers’ restaurants Casa Guadalajara, Casa de Pico and Casa de Bandini have earned numerous awards, including, the Gold Medallion Award by the San Diego Restaurant Association, the “Award of Excellence” by Zagat Surveys and several first-place prizes at the Ensenada International Seafood Fair. The restaurants have also been named, “Best Mexican Restaurant” by The San Diego Union-Tribune, San Diego Home Garden/Lifestyles and San Diego Magazine and as one of the “50 Best Hispanic Restaurants” in the nation by Hispanic magazine. 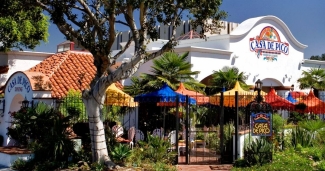 All reflect Powers’ love of delicious Mexican flavors as well as her design expertise, creative use of brilliant festive color and adherence to the spirit of the Latin American marketplace and Mexican flavors. Powers has traveled throughout the world to acquire unusual merchandise and decor for her restaurants, as well as impressive artifacts for the gorgeous courtyards and exterior environments. For more information, visit www.bazaardelmundo.com.