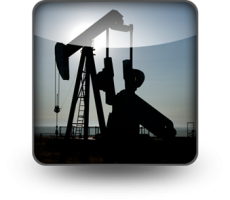 It is the kind of question that cannot be definitively answered, though  certain trends emerge when you compare the votes, party affiliations and past campaign contributions. 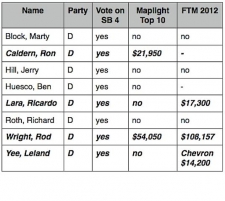 There is a list of senators who did not vote at the top of this page. They are all democrats. SB 1132 was a democratic bill, framed by senators Mitchell and Leno. If those eight senators had supported SB 1132 it would have passed.

As you can see from the chart to the left, there were also democrats who voted against SB 1132. Four to be exact.

The third column in both charts shows the votes for Senate Bill 4 last November. This was a weak “fracking” bill which many believe did not provide the level of disclosure needed. Catherine Reheis-Boyd, President of the Western States Petroleum Association, praised it and a couple of the Republican senators voted for it.  Note that every democrat, on all three charts displayed on this page, voted for SB-4.

The last two columns in every chart are compiled of old campaign donation figures. I do not have a record of how the  WSPA spent that $1.4 million. The most recent data I have access to is 2012 contributions listed by “Follow the Money,” which is recorded in the far right. The top 10 contributors contributions listed by Maplight, second to the last column, are even older. Both lists are also limited to major contributors. I do not know how many  senators were receiving money from the oil sector.

At least five of the democrats who did not vote for SB 1132 are known to have received past contributions from the oil sector. Had they supported the bill, the “yeas” would have been in the majority.

We do not know how many of the other democrats were given oil money. 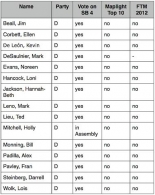 Note, however, that there is not a single oil contribution listed in the chart to the right. These are the senators who voted for SB 1132. With the exception of Holly Mitchell, who was not in the senate at the time, they are also all democrats who voted for SB 4.

Dan Bacher writes that the defeat of SB 1132 “was undoubtedly due to the huge amounts of money dumped into lobbying the Legislature by the Western States Petroleum Association.”

I think he’s right. At the very least, this warrants further investigation.

What’s more, a recent poll showed that 3/4 of California’s population  oppose fracking. Their interests  are not being represented by their senators.