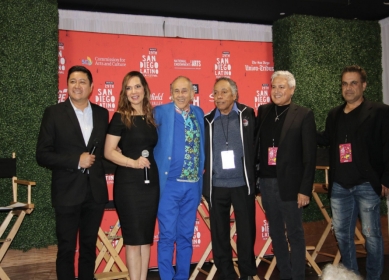 March 14, 2022 (San Diego)-- The Latino Film Festival officially kicked off with an opening event on March 10, with several producers and directors of films present.  Among them was Luis Reyes, who directed the film Pepe Serna Life is Art, a documentary film which premiered at the festival.

The film showcased the life and career of the legendary Chicano actor Pepe Serna,

outlining how he got started as an actor and the different paths he took to make it into Hollywood in the 1970s, where he has continued to work almost non-stop in different roles for film as well as television shows.

The film also talks about how he paved the way for younger Chicanos and Latinos filmmakers and actors. It is an aspiring documentary of how a legend started out from humble beginnings to one of the biggest stars while still staying humble. He continues to help young actors and filmmakers to find their voices, moving away from Hollywood to teach and help the next generation of filmmakers with their independent films.

Opening night was really a night for Serna and his new documentary that included a tribute to him before the film and a Q&A with the man himself following the film where, he and thefilmmakers who worked on the documentary talked about the process of what it took to put it all together.

The festival includes two other of Serna’s Pepe’s films, RaicesDe Sangre and Man from Reno’ Pepe Serna was slated to be there in person for the latter.

The festival continues through March 20. For tickets visit https://sdlatinofilm.com/. 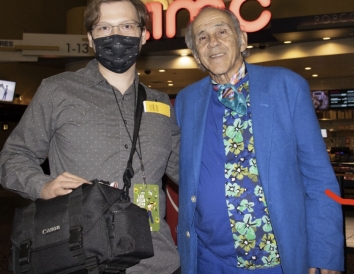