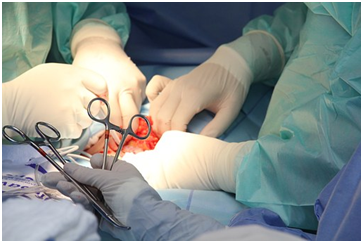 AARP warns that seniors age 50-64 will pay $8,500 a year more for health insurance premiums each year, on average, under the GOP plan. Read the bill here.

The American Medical Association (AMA),  the American Association of Retired Persons (AARP) and others warn that the plan will weaken benefits and make healthcare much more expensive than many people are paying now, whether you’re on an ACA plan, private health insurance or Medicare/Medicare.

“As drafted, the AHCA would result in millions of Americans losing coverage and benefits,”  Dr. Andrew Gurman, prseident of the AMA, the nation's largest organization of doctors, said Wednesday. "By replacing income-based premium subsidies with age-based tax credits,  AHCA will also make coverage more expensive—if not out of reach—for poor and sick Americans. For these reasons, the AMA cannot support the AHCA as it is currently written.”

In a letter to key committee members in the House, the AMA further notes that over 20 millon Americans have healthcare coverage due to the ACA and that the AHCA would result in “decline in health insurance” and potential harm to  vulnerable patients.

The bill weakens protections not only for those who have coverage under the ACA, but also those who have policies provided by employers or who purchase private plans on their own.

President Donald Trump has repeatedly promised to repeal Obamacare and replace it with a plan that would be better .  But an analysis of the AHCA that it offers zero improvements in healthcare quality or affordability for most Americans,  destroys many protections under the ACA, and offers help for only two classes:  tax cuts for insurance companies and for wealthy Americans.

What the AHCA does:

Trump tweeted Thursday that “healthcare is coming along great. We are talking to many groups and it will end in a beautiful picture!”

But major healthcare stakeholders such as doctors’ and hospital groups say that they have not been consulted. The GOP drafted its bill behind closed doors and pushed it through a key committee without allowing time for analysis and public input.

The bill was approved by two key committees this week.  Vice President Mike Pence has stated he believes it will become law this spring.  But he adds, “"If there are ways to improve that bill and to give people greater confidence that we all are going to arrive at the same place ... then that's where we're headed."

But even some Republicans supportive of repealing the ACA are voicing concern over the fast-tracked process. Other conservatives argue that it doesn’t go far enough to eliminate what they call “entitlements.”  But Americans have paid into Medicare and Social Security, so they are entitled to receive the benefits for which they paid. Four Republican Senators have also voiced concerns over cuts in Medicare/Medicaid.

Kentucky Senator Rand Paul, a Libertarian-leaning Republican,  criticized the bill as “Obamacare Lite” because it contains tax cuts; he favors a free marketing approach where government would provide no help to anyone to afford healthcare.

The bill has drawn strong opposition from Democrats.  San Diego Congresswoman Susan Davis, a Democrat, tweeted, “After having their healthcare bill under lock and key, refusing to let anyone read it, the GOP have finally freed the bill. After looking at it, I think they should have kept it hidden.”

Educators and labor groups are also weighing to voice concerns over impacts on students working people.

“Cuts to Medicaid would shortchange school districts that provide health services to our most  vulnerable students and wreak havoc on state budgets,” says Randi Weingarten, president of the American Federation of Teachers. “Repealing the ACA will have substantial effects on jobs too; experts estimate that it could cost Americans up to 2.5 million jobs in 2019 alone.”

Weingarten acknowledges that the ACA needs to be fixed, an admission even the ACA’s strongest supporters acknowledge, but opposes repeal unless a replacement toffers better, more affordable coverage.  One of the biggest problems of the ACA has been affordability.  Republicans have promised everyone will have “access” to healthcare---but access is meaningless if you can’t afford to pay for it.

“Of course the ACA had its problems and needed to be fixed, but this plan does none of that,” the teachers’ leader concludes.  “It rips healthcare away from Americans to give huge tax breaks to the wealthy, which is about as cruel as it gets. This isn’t a healthcare plan—it’s a massive giveaway to insurance companies and those at the top, while it hits America’s families with a triple whammy of less coverage, higher costs and more taxes. “

Across the nation,  Congressional members are facing large crowds at town hall meetings from constituents concerned about healthcare changes.  Constituents are being urged by activist groups to call their members of Congress and speak out.

Democrat Susan Davis’ website states that her venue at SDSU has reached capacity at 1,200.  RSVPs were accepted in advance for her event.

Republican Duncan Hunter will hold a town hall Saturday March 11 at  10 a.m. at the Ramona Main Stage.  Activists on both sides are planning to arrive as early as 7 a.m. since this event is first-come, first-serve. The venue seats only about 325 people.

Type in your zip code at this link to find out:  www.house.gov/writerep

Sources for this article: