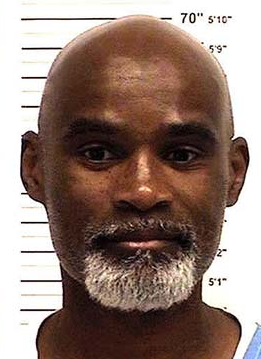 By Miriam Raftery
August 30, 2019 (San Diego) – Deputy District Jessico Coto announced today that her office will appeal Superior Court Judge David Gill’s decision to release sexually violent predator Alvin Quarles, known as the “Bolder than Most” rapist.
Supervisor Dianne Jacob praised the decision. “The District Attorney’s office is doing the right thing,” she posted on Facebook. “For years, we’ve had a judicial system that seems to care more about the well-being of these sex predators than the safety of our families and communities.”
Quarles pled guilty in 1989 to over a dozen sexual assaults, including some where he forced victims’ husbands or boyfriends to watch. He was sentenced to 50 years in prison, but after undergoing sex offender treatments for several years in a state hospital, he petitioned a court for conditional release.
In July, Judge Gill ruled that Quarles, 57, could be released from Coalinga State Hospital into a home somewhere in San Diego through a conditional release program.  Gill earlier approved release in Jacumba Hot Springs but agreed to reconsider his decision after Jacob and prosecutors requested him to do so, arguing that Quarles still posed a danger to the community.
Gill instead reaffirmed his decision to release Quarles, but by then the Jacumba location had fallen through, so a search for a suitable housing situation continues. Quarles is due back in court Dec. 6.
Meanwhile the Dept. of State Hospitals continues to seek housing for Quarles. If a location his found he could be released prior to Dec. 6, since Gill denied a motion to halt the housing search until after the appeals court hears the case.