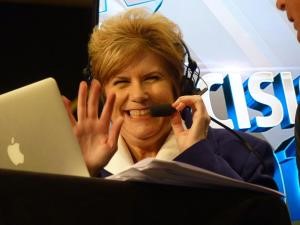 January 17, 2017 (San Diego) — Bonnie Dumanis has served as San Diego’s District Attorney for the past 14 years.  Today, she announced that she will not seek reelection in 2018, the San Diego Union-Tribune reports.

Diagnosed with breast cancer last year, Dumanis underwent surgery and radiation and is now cancer free. But after much soul-searching, consulting with family and colleagues, she concluded, “I have other things to do. I’ve been in public service now for 42 years and, you know, I just thought the timing was right.”

Dumanis, 65, added that she has not decided whether to step down before her term ends, in which case Supervisors would appoint an interim replacement.  She has previously said she would support Summer Stephan, a chief deputy, for the post. Stephan has headed up divisions handling sex crimes and human trafficking.

Dumanis put an emphasis on cracking down on elder abuse and cyber crimes, also helping released offenders to get job training and life skills to succeed in life and avoid committing new offenses.

She handled high-profile cases, notably obtaining a plea bargain from the murderer of abducted teenagers Chelsea King and Amber DuBois.  The killer agreed to lead investigators to where he had buried Amber’s body, in order to avoid the death penalty.

Dumanis also prosecuted public officials accused of criminal actions, including members of the Sweetwater Union School Board on corruption charges.  Mountain Empire School District’s former Superintendent Steve Van Zant, known as the “Charter School King,” pled guilty of felony violation of the Political Reform Act and agreed to repay  stipends he had pocketed for each school chartered by the district.

Sheriff Bill Gore praised Dumanis for her handling of criminal justice matters at a time when California has transferred much of the responsibility from the state to local law enforcement for handling low-level criminals.  “Collaboration is critical, and she’s done a great job of that,” Sheriff Gore said.

Stephen Walter, president of the San Diego Deputy District Attorneys Association, issued a statement calling Dumanis “tremendously supportive of every member of this team.” He praised her for providing support to fulfill her motto of “doing the right thing.”

But Rev. Shane Harris with the National Action Network said he is “overjoyed” to hear that Dumanis won’t seek reelection. He has criticized her for not prosecution police officers in high profile cases including the shooting of Alfred Olango in El Cajon and the choking unconscious of Robert Branch by San Diego Police.

Harris states, “Now as communities of color, we will commit ourselves to seeking out a candidate to be the next District Attorney of San Diego County…We see this as an opportunity to really be a part of the shifting of an office that we in the civil rights community believe can truly represent the justice we are fighting for. “

Dumanis served as prosecutor and superior Court Judge before being elected District Attorney. She ran for Mayor in 2012 but lost that election to Bob Filner.  She drew controversy over contributions funneled into her campaign from a Mexican business mogul, Jose Susumo Azano Matsura, but has denied any wrongdoing.

“It’s a big, big decision,” Dumanis, 65, said of her decision not to seek reelection, adding that she feels both “profound sadness and profound pride.”