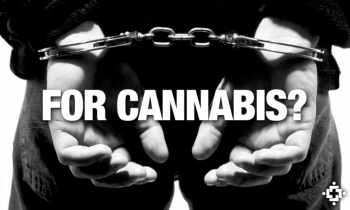 By Miriam Raftery
Photo: cc via Bing
February 26, 2020 (San Diego)—San Diego’s District Attorney has filed a motion asking a judge to dismiss 1,000 misdemeanor marijuana (cannabis) convictions and reduce 25,000 felony marijuana convictions to misdemeanors.  The office indicates it has reviewed convictions as far back as 1968.
The motions are pending, awaiting a judicial decision.
Proposition 64, which California voters approved in 2016, legalized recreational use of marijuana and gave prosecutors the ability to seek sentencing reductions for felony convictions of growing, transportation, or possessing cannabis for sale. It also allowed dismissal of misdemeanor convictions on cannabis charges. To date, the San Diego D.A. has reduced or dismissed over 1,600 marijuana convictions.
D.A. Summer Stephan says her office has been proactive in giving those convicted for marijuana offenses “the opportunity to move forward with their lives without a conviction that may have been negatively impacting their lives by restricting their employment or housing.”
Similar dismissals and sentencing reductions have occurred through the California Clear My Record pilot program in other California counties including Los Angeles, San Francisco, Sacramento and others.
If you have a marijuana-related conviction and want to learn if you qualify for a dismissal of charges or a reduction in sentencing, you can contact the San Diego County Public Defender’s Office at 619-338-4700.