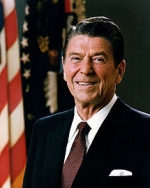 June 13, 2010 (Alpine) – A naming committee for the Grossmont Union High School District’s 12th high school in Alpine has been disbanded by the GUHSD governing board.

“Among other items, our Board clearly heard the request for a community survey, and was reminded that the Bond language included the new high school in Alpine serving both the Alpine and Blossom Valley areas,” Gary Schwartzwald, director of adult education and special projects, wrote in an e-mail to parents in Alpine.

“After much consideration and with the perspective that the High School in Alpine is still three years away, we have decided to disband the Naming Committee at this time," he elaborated.  "A Naming Committee will be reformed at a time when we have more information, especially regarding demographics and boundaries.” Schwartzwald indicated that the process will be “positive and inclusive.”

A re-boundaring / GUHSD student demographic study wll be conducted.  "This study will address what Alpine, Blossom Valley, Dehesa, Harbison Canyon, and Crest areas should be included in determining a new committees' members, and exactly who should choose a name for the 12th new Alpine area high school," said Bill Weaver, chairman of the Alpine High School Citizens Committee. "That committee is likely to be re-established; estimated time frame to be about this time next year."

The committee sparked controversy for having a majority of members who were Republican office holders or party officials, leading critics to contend that the GUHSD governing board had attempted to stack the deck in favor of naming the new high school after ex-president Ronald Reagan. Naming the high school for a person would require a waiver of district rules, which require that high schools be named after geographic locations.

The Reagan name also drew opposition from the Viejas Band of the Kumeyaay Nation. Tribal leaders objected to having their children attend a school named for a president who sought to eliminate the Bureau of Indian Affairs and offended Native Americans on several other issues. Viejas spokesman Robert Scheid testified regarding the tribe's concerns. Retiring Superintendent Robert Collins assured all present that their concerns will be heard.

The 12th high school is slated to open in September 2013.