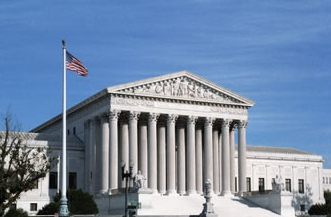 In a second 5-4 decision, the same conservative majority ruled that crisis pregnancy centers run by anti-abortion groups do not have to disclose available of state-run alternatives including abortion, according to the Washington Post.

But in another 5-4 decision, some liberal justices joined some conservatives to rule that states can collect online state sales taxes from online retailers on consumer purchases, according to National Public Radio’s report.

In a fourth case, four liberal justices joined with John Roberts, the swing vote, to rule that law enforcement must obtain a warrant before obtaining cellphone tracking records from telephone companies, the Los Angeles Times reports.

We have to start asking questions about whether this Supreme Court is committed to religious liberty or to just Christian liberty?