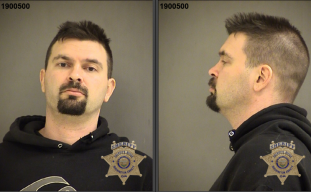 In June 2006, 47-year-old Scott Martinez ((photo, right, from Crimestoppers) was murdered with a sword in his La Mesa apartment. Martinez was the father of two daughters, one j 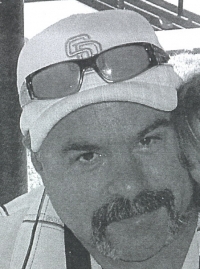 ust a toddler at the time of the brutal killing.

La Mesa Police, the San Diego Sheriff’s Crime Lab and the District Attorney’s Office submitted DNA of the suspected killer from the crime scene to ParabonNanoLabs for genealogy testing.

Parabon uses the public database GEDmatch, where users such as people searching for long-lost relativesconsent to allow law enforcement access to their DNA records, CBS Channel 8 News reports. A match can lead officers to relatives in a suspect’s family tree.

The result led to the arrest of Zachary Bunney, a 39-year-old Oregon resident.  He has been extradited to San Diego County and charged with murder.

The same technique recently led to the arrest of the suspected Golden State Killer, who is believed responsible for 13 murders and over 50 rapes across Calfornia.