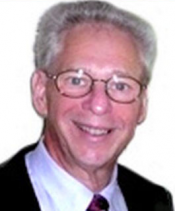 November 7, 2014 (El Cajon)—A doctor who volunteered at Volunteers in Medicine in El Cajon and other facilities has been arrested and charged with 24 felony counts, ECM news partner 10 News reports.   The charges include 15 felony counts of sexually penetrating an unconscious victim, 8 counts of sexual battery and one count of child pornography.

Authorities found he had taken over 1,300 photos of his patients nude or semi-nude. Four women claim that Dr. Abrams acted inappropriately.  A nurse told 10 News that one patient who was in for a thyroid examination on her neck had her pants was fondled on her breasts and vagina despite objections.

Dr. Abrams is 67 years old and has practiced medicine for over 40 years.  In addition to the El Cajon clinic, he has also volunteered at U.C. San Diego’s School of Medicine and at a clinic in Vista.

The state Medical Board suspended his license, finding that his actions were extreme departures from the standard of care for patients.

The doctor was removed from an incoming flight at Lindbergh Field and taken into custody today.