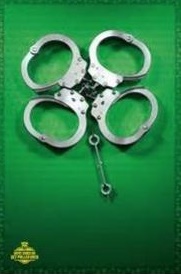 March 14, 2016 (San Diego's East County) - The San Diego County Sheriff's Department aims to make sure your luck runs out if you get caught drinking and driving on St. Patrick's Day. Watch for increased DUI patrols by deputies across the county on Thursday, March 17th starting at 7:00 p.m. and lasting through 3:00 a.m. the following day.

There will also be two DUI checkpoints in the following cities later this month:

St. Patrick's Day has become a dangerous time because of people who decide to drink and drive.  According to the National Highway Traffic Safety Administration (NHTSA), impaired driving kills more than 10,000 people every year in the United States.

The sad fact is that every single one of these deaths is preventable.

"Do the responsible thing not just on St. Patrick's Day, but every day: don't drink and drive," said Sheriff Bill Gore. "Remember: BUZZED DRIVING IS DRUNK DRIVING." He cautions that drunk drivers will be spending time in jail.

Here are some sober ride options for St. Patrick's Day:

Funding for the St. Patrick's Day DUI patrols/checkpoints is provided by a grant from the California Office of Traffic Safety (OTS) through the National Highway Traffic Safety Administration (NHTSA).