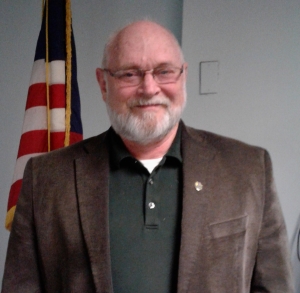 May 8, 2018 (Lemon Grove) – Lemon Grove's downtown redevelopment climate dampened last week, as the City Council blocked a plan to allow four and five story buildings throughout downtown. The infill plan for redevelopment passed on April 17, by a 4-1 vote. But it failed upon second reading on May 1, by a 3-2 vote.

Mayor Pro Tem Jerry Jones, the only one to vote no on the first reading of the revised downtown specific plan, this time was joined by Councilmembers Jennifer Mendoza (D) and Matt Mendoza (R) in voting against it.  Both Mendozas had voted yes when it first came up for a vote, but switched to join Jones, an indepedent, in the second reading to protect Lemon Grove from over-development.

However Councilman David Arambula and Mayor Racquel Vasquez, both Democrats, voted in favor of the proposal to allow downtown redevelopment at both the first and second readings.Mayor Vasquez has expressed a vision for a “world class downtown.”

The downtown redevelopment plan would have allowed property owners and developers the liberty to address the region's housing affordability crisis by allowing them to build up downtown Lemon Grove properties and growing housing stock over the coming decades.

According to the City of Lemon Grove's website, at a February 16th public hearing on the general plan, “Overall, the participants loved the small town, sense of community atmosphere of Lemon Grove.”

The latest vote blocks plans to bring 3,000 more people into the city of 26,000 residents, reports Karen Pearlman of the San Diego Union Tribune.

Note: An earlier version of this story cited a quote by Jerry Jones on the Welcoming Cities Ordinance that was made at a prior meeting. There was no reconsideration of that ordinance at the most recent Council meeting. We apologize for the lack of clarity which occurred in the editing process.

There must be something there that Jones and others are seeing that we don't see. Redevelopment is usually always a good thing for raising the standard of living and increasing the economic outlook of any community. 3000 more residents would raise enough local taxes to have more public safety official, and fix the roads. Any high rise of 5+ stories should and could be required to have their own parking built into the project. Jones and the others know this, so there must be something else that makes this stink. IMHO

which generates some jobs and tax revenues, Jones told me in an email.

I wondered if multi-story properties could have commercial or retail space on the ground floor perhaps, which would bring in tax revenues.

Parking issues and the visual appearance are alwalys concerns with dense developments, though there's also just resistance to change overall.

Maybe the Council will further refine the plan, and come up with one that is  better for everyone.

Another concern apparently is a new law in California that makes it easier for the legislature to mandate more and more dense development into communities once they approve the first such project, according to Jones, who says he is still researching details.

I hope some of the Councilmembers who voted in favor of the bill will tell us more about what they see as the positives of it, and whether any further compromise could result in a revised downtown redevelopment measure winning approval.

Then rents will continue to escalate, and the overall economy could potentially stagnate.

As usual, I totally agree with grandfather. But, after Council approved Citronicas I and II, right next to the trolley, a lot of people have still come to Council meetings to complain that it's just too dense. I think it would reinvigorate downtown, but of course, what will all this dense development be like in 50 years, when it's not all new and shiny? (A livable, walkable urban downtown, say proponents)

Most people in the City of Santee a few years ago were concerned about the same issues when the redevelopment started. Look at Santee now especially the home values and the employment opportunities.

Lemon Grove already has problems with traffic congestion, a shortage of parking in the business district area, and there is a multi-story office building that I believe has never been fully occupied. Can the City's schools absorb the added students? How will the LGFD, paramedics and the County Sheriffs be able to respond to an increased workload? Four and five story buildings will not fit in with the current character of Lemon Grove and the words of the Mayor " a world class downtown" seem silly.
There are streets that haven't been resurfaced in decades and other problems too. Lemon Grove is more like a poor small town.

Thank you for commenting on my story Tom, in East County Magazine. You raise questions; allow me to do my best in answering them as my way of showing how much I appreciate your feedback. Readers, commenting in East County Magazine, just like reading it, is free! This is your invitation to join the conversation! Traffic and parking congestion: the strongest of your objections, this plan certainly would increase competition over roads and parking, but could also boost trolley ridership, thereby cutting carbon emissions and alleviating man's contribution to climate change. Multi-story office vacancy rates: I don't know, good information Tom, it sounds like you're vested in Lemon Grove. City infrastructure: Lemon Grove has among the fastest emergency response time. The exact time is reported somewhere in one of my articles. But it's very fast. As for schools, it would definitely have an impact, whether good or bad, probably debatable. Four and five story buildings not fitting in with the character of Lemon Grove, in Toronto, they have tall new buildings next to smaller older buildings and in my opinion their skyline looks great. As for resurfacing streets, Lemon Grove recently doubled the amount it spends repairing streets in the advent of SB1 (the gas tax).

A lot of people in small towns like the small town character and feel, and don't want to lose that.  To me, highrises belong in already urbanized areas. That said, probably every community should be willing to find a place for some maybe 3 story buildings, but keep their historic district.  This is a big issue in La Mesa, too, where many don't want to lose historic charm.

That said, a lot of even long-time residents of our region are being priced out of the market; circumstances force them to move, maybe they have a temporary  job loss or a landlord raises the rent, or they are retiring and living on Social Security, and there's no place for them to do. Young people pay all their income practically on lodging as do young families. We really do need some solutions to make housing more affordable, without destroying character in communities. If they don't want highrises, maybe they could allow granny flats and developments of maybe 3 stories near the freeway.  Another option is to create special housing for seniors, like what Ramona is building now.  But that probably takes money Lemon Grove doesn't have.

I do think there were a lot of GOOD things in the Lemon Grove plan , such as creating a historic district with architectural requirements, and allowing places like wineries and breweries to have music. It can be done without disturbing neighbors, as La Mesa's San Pasqual Winery Tasting Room has done. Have strict decibel limits and keep it indoors.  La Mesa has a nice village feeling and downtown El Cajon has a much improved streetscape. It would be great for Lemon Grove to do that, too.

As for response times, it's important to look at both average response time and response times for various types of crimes. Sometimes I've seen good average but for less serious crimes the responses can still be long.  I don't know how Lemon Grove measures up.