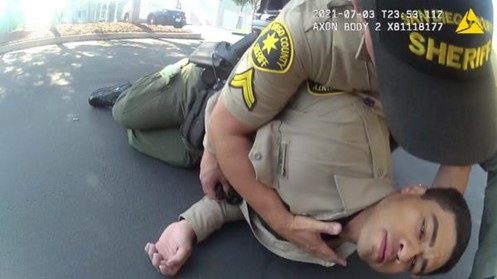 August 7, 2021 (San Diego) – The San Diego Sheriff’s Department has released a video on dangerous of Fentanyl-laced drugs after a deputy was exposed and nearly died of an overdose.  On July 3, 2021, Deputy David Faiivae from the San Marcos Sheriff's Station put on his uniform and badge for his patrol shift.  He had no idea he was about to go through one of the worst days of his life after being exposed to Fentanyl.

“Please take the time to share this video," said Sheriff Gore.  "It might save the life of your son, daughter, friend or loved one." Many overdose victims didn’t even know they had ingested Fentanyl, which is increasingly turning up laced in other drugs across the nation including methamphetamines, heroin, black-market pain killers such as oxycodone and even marijuana sold through illegal channels. A fatal dose is as small as a grain of sand and stronger versions such as carfentanyl are too small to be seen.

“If it wasn't for the quick-thinking of his Field Training Officer, Corporal Scott Crane, in administering Naloxone, Deputy Faiivae would not be alive today,” a press release from the Sheriff’s Department states.

The Sheriff's Department has used body camera footage of this traumatic incident, along with interviews from Deputy Faiivae and Corporal Crane, to create a public safety video about the dangerous and often deadly effects of Fentanyl. 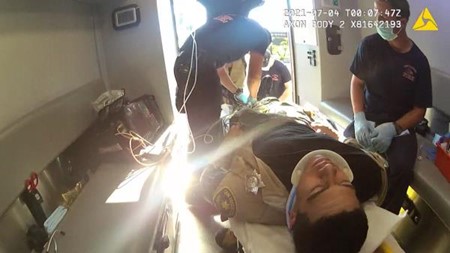 Update: Some medical experts have voiced skepticism over the video, the New York Times reports; read why here.

The Sheriff's department issue this response:

On August 5, the San Diego County Sheriff's Department released a public safety video related to the dangers of Fentanyl. We have received inquiries into the authenticity and accuracy of the video message. The video was created from an actual incident involving our deputy as he processed a white powdery substance that tested positive for Fentanyl.

In the interest of transparency, we are releasing the following documents:

We will be releasing the unedited body-worn camera video from the incident within this week.

Fentanyl continues to be one of the greatest threats facing San Diego County and the nation.  This synthetic opioid is 50 times more potent than heroin.  Just a few grains of Fentanyl can be absorbed through the body and lead to respiratory failure and even death. 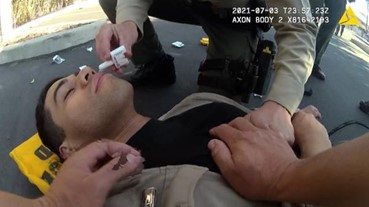 "Fentanyl overdoses are on the rise throughout our county," said Sheriff Bill Gore in the public safety video.  "Every day, deputies recover fentanyl in our communities and the county jails are not immune to the dangers of this drug."

In 2014, the San Diego County Sheriff's Department became the first law enforcement agency in California and the Western United States to allow all deputies to carry Naloxone.  Also known as Narcan, Naloxone is a nasal spray commonly used to reverse the effects of an opioid overdose.

Patrol deputies regularly use Naloxone on individuals they encounter who may be suffering from an overdose.  Every deputy working in our county jails also carries Naloxone in the event someone in custody is experiencing an overdose. 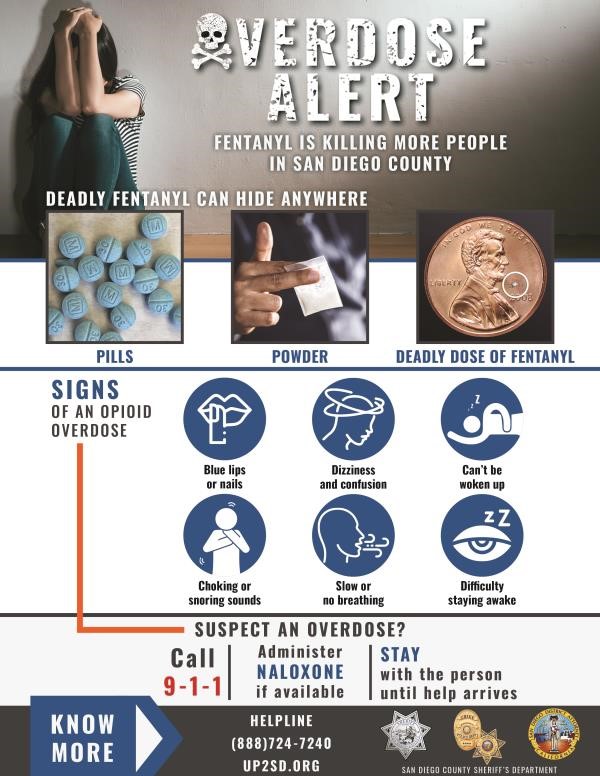