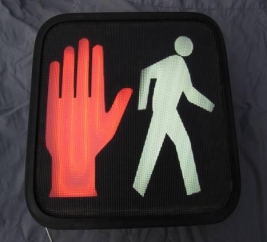 July 28, 2022 (El Cajon) – El Cajon Police have arrested a 22-year-old man who reportedly fled the scene after his vehicle struck and fatally injured a 20-year-old woman. Found with a signal light still hanging off his vehicle, the driver was found to be on a narcotic and faces multiple charges.

Police officers and paramedics responded to a call of a pedestrian hit by a vehicle in the 600 block of North Second St. at 8:49 p.m. They found the victim lying in the roadway near the onramp to East Interstate 8 from Second Street. She was transported by paramedics to Sharp Memorial Hospital where she was pronounced deceased, says Lieutenant Darrin Forster.

As officers were responding to the scene, the El Cajon Communications Center received a call from a citizen reporting a vehicle with damage stopped in the middle of the road at 1300 Naranca Ave. Officers responded to the location and found a silver 2006 Hyundai Sonata with a 22-year-old male in the driver’s seat. The Sonata had front end damage and a traffic signal light hanging from the vehicle.

Witnesses told police the woman was standing on the sidewalk near a crosswalk in front of 601 North Second Street, when a silver Hyundai drove onto the sidewalk, knocking the woman into the roadway.  The driver continued northbound and hit a traffic signal light and street sign, then traveled another 500 feet before stopping in the middle of the road at 1300 Naranca Ave.

“The investigation determined the male driver was under the influence of a narcotic controlled substance at the time of the collision,” says Lt. Forster.

He was arrested and later booked into the San Diego County Jail on multiple charges. The name of the woman killed in this collision is being withheld pending notification of the family.