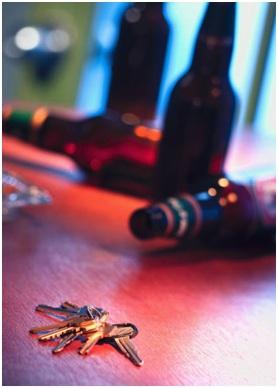 By Miriam Raftery
June 17, 2019 (El Cajon) – A 22-year-old man has been arrested by El Cajon Police following a collision that occurred shortly after midnight at Jamacha Road and Vista del Valley Blvd. The crash injured two people, one seriously.
Based on witness statements and an initial investigation including evidence collected at the scene, “It appears that the driver of the blue Nissan Altima was traveling southbound on Jamacha Road at a high rate of speed and lost control of his vehicle. The vehicle spun around and slid into the opposite lanes of traffic where it collided with the white Nissan Altima which was traveling northbound,” says Lt. Steve Kirk with the El Cajon Police Dept.
The blue 2007 Nissan sustained major rear end damage and the white Nissan had front-end damage.  The driver of the blue Nissan has been arrested on suspicion of driving under the influence.
His passenger was transported to a local trauma hospital with life-threatening injuries.
A 54-year-old male passenger in the white Altima was also taken to a hospital with minor injuries.
“At the time of the collision, it does not appear that the driver of the white Altima was under the influence of any drugs or alcohol,” Kirk says, adding that the white Altima’s driver has been cooperative in the investigation.
The crash forced a detour early this  morning, with Jamacha closed in both directions prior to 8 a.m. for traffic investigators.
The El Cajon Police Department reminds drivers to please obey all speed laws when on the road and remember that driving either drunk or high is still a DUI; impairment is impairment.
If there is anyone with further information regarding this collision, please call the El Cajon Police Department at (619) 579-3311.

Alcohol, and or drug consumption = Do Not drive! Risking or causing serious physical injuries and possible death because someone makes a Very bad decision to get behind the wheel and drive is just Heinous!