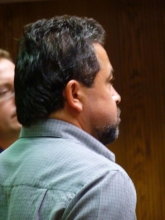 But Hale’s family believes the punishment isn’t enough. “The judge stated in his sentencing statement that Holsheimer was under the influence of drugs and was driving under the influence,” Ken Vanek, Hale’s brother-in-law, observed. A hospital blood draw reportedly found drugs in Holsheimer’s system, but those findings were not admissible by evidence under California law, because the blood draw was not ordered by law enforcement. 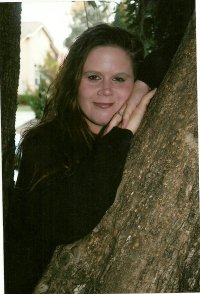 California Highway Patrol did not order the blood draw, even though multiple witnesses reported seeing Holsheimer weaving on the wrong side of the road before the crash, and more than one called 911. Holsheimer told authorities that he had been up all night gambling at a casino and could not remember where he had been for a substantial period of time during the 24 hours prior to the crash that killed Hale and seriously injured Holsheimer, who suffered a broken femur.

ECM research revealed that Holsheimer previously paid a fine for crossing a double yellow line in San Bernadino County. He gave CHP a fake ID and was facing charges of felony credit card fraud in Nevada. Yet CHP found no reasonable cause to order a mandatory blood draw.

In Holsheimer’s case, had blood tests proven that he was under the influence of drugs, he could have been charged with a felony and faced many years in prison. Instead, he could only be charged with a misdemeanor and could be out of jail in as little as 90 days.

Blood tests are done in only a small fraction of fatality accidents nationwide. But according to the National Highway and Safety Administration’s 2007 National Roadside Survey, 11% of drivers on weekend nights tested positive for illegal drugs. The rate of drug use rose to 16% when prescription and over-the-counter drugs were included. In 2008, the National Transportation Safety Board reported over 30.5 million drivers on the road under the influence of illicit drugs. California DMV records indicate 1489 fatalities due to alcohol DUI, 749 fatalities due to drug DU and 2,489 serious injuries due to drug DUIs in 2007.

Other studies have shown correlations between drug use and vehicle accidents. In Australia, a study of 3,400 fatally injured drivers found that drugs other than alcohol were present in 26% of cases; 10% had both drugs and alcohol. Marijuana is the most prevalent illegal drug detected in numerous studies of accident victims and fatally injured drivers. Other drugs commonly found include benzodiazepines, cocaine, opiates, and amphetamines.

How many more drivers might be found guilty of driving under the influence of drugs if testing could be done in all fatality accidents?

Some states do have mandatory blood draw laws already on the books in cases of fatality accidents. Others allow hospital blood draws to be admissible as evidence.  But not California.

Mark Taylor was killed when an unlicensed driver who admitted drinking alcohol earlier in the day made an illegal U-Turn. Keith Sexton died in a head-on crash after a driver crossed a double-yellow line. No blood tests were taken in any of those cases.

Mothers Against Drunk Driving has joined the effort. “MADD supports the legislation of mandatory blood draws,” Paula Meyers, victim services director and law enforcement liaison for MADD’s San Diego chapter wrote in an e-mail to Vanek. She added, “We support you all the way to Sacramento.”

The families have been working with San Diego Assemblymen Nathan Fletcher and Joel Anderson to draft legislation. A spokesman from Fletcher’s office confirmed that the legislator is very interested in carrying the measure and is currently having legislative counsel review language to assure that it will pass constitutional muster.

Meanwhile, the families of those who have died hope for action soon, before more lives are claimed.

“How many more people need to die?” Vanek asks. “These three poor souls, Bridgette Hale, Mark Taylor, and Keith Sexton should be memorialized in new legislation, and we are begging Nathan Fletcher and Joel Anderson to carry the bill and call it `Bridgette’s Law,’ he concludes. “It is the right thing to do.”

...the influence. There is enough tragedy in this world why do individuals still feel the need to drive after they've done drugs or are under the influence of alcohol! 300 days of jail time is not enough, I am a San Diego personal injury attorney and I come across these gruesome accidents all the time, and more often than not these culprits are not properly insured or have a criminal background. It's sad, tragic, and a gruesome display of humanity at it's worse.

It's good that the traffic has banned even texting on the cell phone while driving but what is more important is strict vigilance. I'm sorry to hear about Bridgette, the guilty should be punished. It was shocking to learn that more people in the country die not from diseases but from car accidents. If it's not the weather it's under the influence of alcohol or drugs. There should be some way through which road accidents can be curbed.
Las Vegas short sale specialist