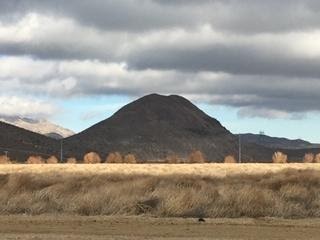 By Miriam Raftery
Photo California Scenery, Credit: Rebecca Person
January 16, 2021 (In-Ko-Pah) – Shortly after noon yesterday, California Highway Patrol units and fire personnel responded to a call requesting medical assistance on I-8 west near the Old Highway 80 undercrossing at In-Ko-Pah.
An investigation found that the driver, 54, from El Cajon appeared to have stopped his 2015 Volkswagen Passat on the shoulder after suffering an unknown medical condition. However, he failed to place the vehicle in park before taking his foot off the brake, says Officer Travis Garrow with the CHP. The vehicle drafted left across both freeway lanes into brush in the center media.
Passengers extricated the driver from the vehicle and attempted live-saving procedures. The vehicle caught brush on fire and the Volkswagen was soon fully engulfed.
Emergency responders attempted CPR but were unable to save the driver.The medical examiner was notified, responded and took possession of the deceased.
His identity will be released through the Medical Examiner’s office once family notification has been made.
“Alcohol or drugs are not believed to have played a factor in this crash,” says Officer
Garrow.