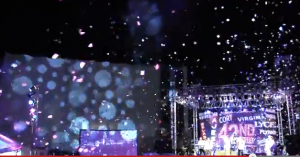 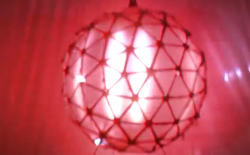 View video of countdown and ball drop:  click here or scroll down.

December 30, 2012 (Alpine)--Thousands of people looking to get a jump on their New Year's Eve celebrations gathered at Viejas Casino Friday night.

Each night, the party is free and features New York-style food, drink specials, free music and dancing to the local band Rising Star and DJs all night. And each night from now until December 31, at 9pm, a Porsche Boxster will be given away on the Viejas Casino floor.

You have two nights remaining to practice that midnight kiss to officially ring in 2013.....