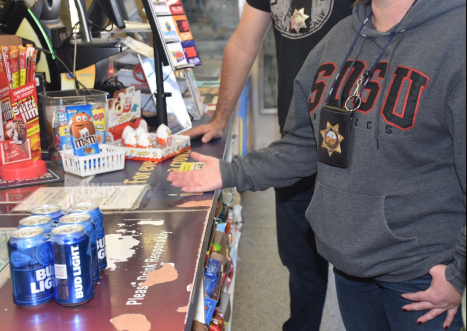 A plain clothes deputy or police officer entered a licensed establishment and acted obviously intoxicated. They smelled of alcohol, stumbled into the store, slurred their speech, dropped items, bumped into displays, etc. They then tried to purchase alcohol.

It is a misdemeanor in California to sell alcohol to somoene who is obviously drunk.

If the clerk sold alcohol to the plain clothes deputy or officer, deputies, officers and ABC agents entered the store to explain why the decoy shouldn't have been sold alcohol.

Today's operation was aimed at keeping the public safe from impaired drivers and preventing other alcohol-related incidents.