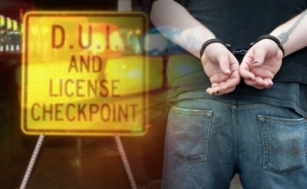 Checkpoints aim to reduce the number of deaths and injuries from alcohol-involved accidents by getting offenders off the streets and by educating the public on dangers of impaired driving, as well as the importance of designating a sober driver. Checkpoints also assure that each motorist has a valid driver’s license.

All drivers found under the influence of alcohol or drugs will be arrested, the Sheriff’s department warns in a press release.

The public is encouraged to help keep others safe by calling 911 if you see a driver who appears to be impaired by drugs or alcohol.

Funding for the DUI checkpoint program is provided by a grant from the California Office of Traffic Safety, through the National Highway Traffic Safety Administration.

They probably have to advertise these checkpoints because of some idiotic law. It's too bad really, I'd like them to be covert in the hopes to catch more of these selfish people who drive while under the influence, wrecking into others causing injury and death.