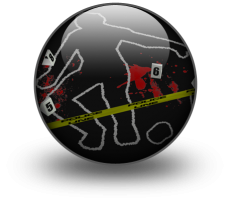 April 19, 2014 (San Diego’s East County) – Alberto Casteneda Carranza, 26, will be charged with murder in the deaths of two 20-year-old passengers following a crash on I-8 west of Lake Jennings Park Road in East County this morning at 7:26 a.m.

According to California Highway Patrol Officer Kevin Pearlstein, Carranza was driving under the influence (DUI) of alcohol or drugs and had previously been convicted of a DUI.

Carranza was driving a 1997 Nissa Sentra westbound at 70 miles per hour when his vehicle drifted into the center divide. He reportedly overcorrected and lost control, crashing through a chain link fence before striking a concrete culvert.

Carranza suffered a major non-life threatening injury and was transported to a hospital.

He will be charged with DUI causing death, vehicular homicide involving alcohol, and murder due to his prior DUI conviction.