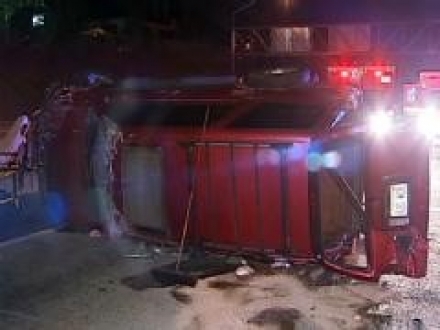 March 17, 2017 (El Cajon) - Before you head out to celebrate St. Patrick’s Day, be aware that El Cajon Police will have a DUI checkpoint tonight from 5 p.m. to 1 a.m. in areas with high rates of DUI collisions or arrests in the past.  The checkpoint aims to stop and arrest alcohol and drug-impaired drivers as part of a traffic safety campaign.

Research shows that crashes involving an impaired driver can be reduced by up to 20 percent when well-publicized, proactive DUI operations are conducted routinely, says Lt. Steve Kirk.

In California, alcohol involved collisions led to 1,155 deaths and nearly 24,000 injuries in 2014 because someone failed to designate a sober driver.  Over the course of the past three years, officers have investigated 242 DUI collisions which have claimed 2 lives and resulted in another 56 injuries.

Studies of California drivers have shown that 30 percent of drivers in fatal crashes had one or more drugs in their systems.  A study of active drivers showed more tested positive for drugs that may impair driving (14 percent) than did for alcohol (7.3 percent).  Of the drugs, marijuana was most prevalent, at 7.4 percent, slightly more than alcohol. Everyone should be mindful that if you’re taking medication – whether prescription or over-the-counter – drinking even small amounts of alcohol can greatly intensify the impairment affects.

Drivers are encouraged to download the Designated Driver VIP, or “DDVIP,” free mobile app for Android or iPhone.  The DDVIP app helps find nearby bars and restaurants that feature free incentives for the designated sober driver, from free non-alcoholic drinks to free appetizers and more.  The feature-packed app even has social media tie-ins and even a tab for the non-DD to call Uber, Lyft or Curb.

The cost of a ride home is cheap!  Drivers caught driving impaired can expect the impact of a DUI arrest to include jail time, fines, fees, DUI classes, license suspensions and other expenses that can exceed $10,000 not to mention the embarrassment when friends and family find out.

Funding for this DUI operation is provided to the El Cajon Police Department by a grant from the California Office of Traffic Safety, through the National Highway Traffic Safety Administration, reminding everyone to ‘Report Drunk Driver – Call 9-1-1’.

A checkpoint on March 11 for DUIs and driver’s licenses yielded no DUI arrests but did results in 19 citations and one driver cited/arrested for operating a vehicle unlicensed or on a suspended/revoked licensed.  One driver evaded officers at the checkpoint but was not apprehended.   The goal of publicizing DUI checkpoints in advance is to encourage drivers not to drive while under the influence of drugs or alcohol.

Drivers caught driving impaired can expect the impact of a DUI arrest to include jail time, fines, fees, DUI classes, license suspension and other expenses that can exceed $10,000 not to mention the embarrassment when friends and family find out.

El Cajon PD will be conducting another DUI/Driver’s License Checkpoint and DUI saturation Patrol in the coming months in our ongoing commitment to lowering deaths and injuries upon our streets and highways.