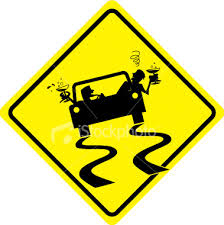 October 9, 2009 (Lemon Grove) --Sheriff William D. Gore today announced deputies from the Lemon Grove Station will be conducting a DUI/Drivers License checkpoint this weekend. The message for the beginning of this fall season is that drunk driving will not be tolerated.

"If you drive under the influence, we will be looking for you. If you are over the limit and we catch you, you will be arrested," the Sheriff's press release warned.

Drunk driving is one of America’s deadliest crimes. The Lemon Grove Sheriff’s Station will be conducting a DUI/Drivers License Checkpoint on Friday, October 9, 2009 targeting those who still don’t heed the message to designate a sober driver before their first drink is taken. Funding for the checkpoint is through a grant from the California Office of Traffic Safety, via the National Highway Traffic Safety Administration.

“Statewide, DUI deaths fell 9 percent to 1,029 in 2008. Credit for the drop in DUI deaths goes to law enforcement, state and local agencies, Mothers Against Drunk Driving and other safety advocates," said Christopher Murphy, Director of the California Office of Traffic Safety. In addition, the people of California have come together to address this deadly problem and are now seeing results. As encouraging as these figures are though, we can never let up until we achieve our goal of zero deaths."

San Diego County Sheriff Bill Gore commented, “Drunk driving is simply not worth the risk. You place your life in jeopardy, as well as others and even if a drunk driver survives, the attendant trauma and financial costs of an arrest for impaired driving can be significant. Violators will face jail time, the loss of their driver’s license, higher insurance rates, attorney fees, time away from work, and dozens of other expenses.”

All law enforcement is asking for the community’s help; if you see a drunk driver – Call 911. In addition to this checkpoint, the Lemon Grove Sheriff’s Station will continue to focus additional efforts toward removing impaired drivers from the roadways.