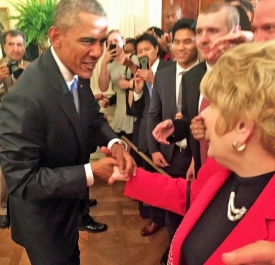 June 29, 2015 (San Diego) --  San Diego District Attorney Bonnie Dumanis in Washington D.C. for a talk on police body cameras, was also present with her spouse in the Supreme Court when the  historic decision legalizing gay marriage in all 50 states was announced. 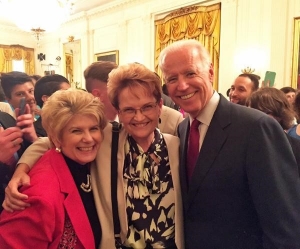 Dumanis, who is openly gay and married to her partner, tweeted, “We were there in the U.S. Supreme Ct /Justice Kennedy delivered opinion, constitutional right to marry to all!!!”