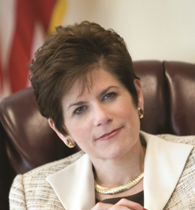 Three Sheriff’s deputies were justified in shooting David Michael Moya after he fired arrows from a high-powered bow at them from the window of his two-story home in Santee. Moya’s mother had called for help, saying Moya threatened to kill her.  A SWAT team stand-off ensued. A neighbor’s cell phone video showed the officers firing; one shot struck Moya in the head, killing him.

In another highly publicized incident, Lakeside resident Trenton Lohman refused to drop a knife when confronted by Sheriff’s deputies called to investigate a man looking into cars at a Poway Road auto center. He pointed a gun at the deputies and drove off in an SUV. When deputies blocked his path, he hijacked a deputy’s empty patrol car, leading officers on a pursuit. Several shots were fired by deputies. Lohman drove into a ravine and was found dead after being struck by at least one bullet.

A third incident involved the killing of Sergio Weick by Sheriff’s deputies in Vista.   When deputies tried to pull over Weick, a known gang member, he led them on a pursuit, but crashed the vehicle. He got out and stumbled, reaching into the waistband of his pants.  According to Dumanis, he ignored repeated orders to stop and put his hands up.  Officers fired; Weick later died at a hospital.  He was found to have two knives, one on each hip.

The fourth case occurred in City Heights. Juan Carlos Fernandez shot his former wife and three family members.  His shots wounded his wife and her grandfather, killing both of her parents.  After Fernandez dragged his injured wife into the street with a pistol aimed at her head, a San Diego Police officer killed him with a shotgun fired at Fernandez’ head, as video from a body camera showed.

Rev. Shane Harris, a civil rights leader who has objected to the D.A.’s finding in the Olango case, said the National Action Network is not raising objections to findings in any of the four cases listed above.