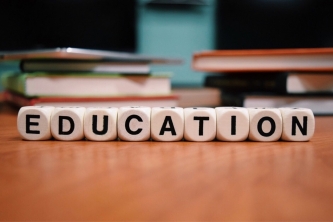 November 3, 2020 (San Diego’s East County) — It has been a topsy turvy year for everyone, especially for the area’s school children. Voters weighed enthusiasm, experience and ethics as they chose the next crew of school board trustees, who ultimately will help steer schools out of the rough seas of this quarantine.

On election night, as of early returns at 10:30 p.m., here are our observations.

In La Mesa-Spring Valley School Board, there may be big changes. Area 4 Trustee Dr. Emma Turner may lose the seat she has served in for 14 years. She has 32% of the votes and challenger Sarah Rhiley has 37%. (Three other candidates share the rest.) In Area 5 of the district, Minerva Martinez Scott has a mighty lead of 46% against the other three candidates, and probably will fill Jim Long’s vacated seat on the board.

Cajon Valley Union School Board may stay unchanged. In Area 4, the incumbent Karen Clark-Mejia, has 52% of the votes, but her opponent Dr. Monica Hinton is doing very well with 47%. In Area 5, incumbent Jim Miller holds a strong lead (65%) over the challenger Stacie Hoover (35%).

In Mountain Empire, the challenger Story Vogel is chasing the heels of the incumbent Tina Heimerdinger with Vogel (45%) Heimerdinger (54%).

In Santee, the incumbents will surely be re-elected. In Area 2, Dianne El-Hajj (51%) leads against two challengers, and in Area 4, Elena Levens-Craig, holds 76% of the votes against one challenger.

Check back later for more results as they become available.