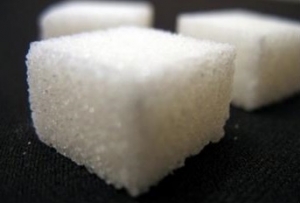 March 20, 2016 (San Diego) -- Dear EarthTalk: What should I know about artificial sweeteners before I opt for them for myself or my kids in place of regular ol’ sugar? -- Gretchen Abdow, Philadelphia, PA

These days, it’s incredibly easy to consume a huge daily dose of sugar. Grabbing a non-fat, grande latte at Starbucks before work will start your day off with 18 grams of sugar. A Chobani Strawberry-on-the-Bottom yogurt with an 8-ounce can of Sprite in the afternoon will add 41 grams; and a 32 ounce bottle of Gatorade and an Almond & Apricot KIND bar at the gym shovels in another 65.5 grams. Consuming these common foods and beverages will bring your daily sugar intake to a total of 124.5 grams.

“Our ancestors probably consumed 20 teaspoons (100 grams) of sugar per year and we now consume that much per day,” says Dr. Sandy Seeman, a naturopathic doctor who also works at Campbell's Nutrition in Des Moines, Iowa. “We cannot continue to consume this amount of sugar and not have it impact our systems. Something has to change.”

To avoid tooth decay, obesity, diabetes and other ailments associated with excess sugar intake, Americans have turned to artificial sweeteners, including aspartame (Equal), saccharin (Sweet’n Low), sucralose (Splenda), acesulfame potassium, neotame and others. But the potential dangers of such sweeteners have been controversial since the 1970s, when saccharin was linked with bladder cancer in laboratory rats. According to the U.S. Food and Drug Administration (FDA), more than 30 human studies have since shown that those results were irrelevant to humans and that saccharin is safe for human consumption.

The FDA stands by the safety of the sweeteners it approves, referring to aspartame on its website as one of the “most exhaustively studied substances in the human food supply,” with 100-plus studies supporting its safety.The FDA also says that more than 90 studies support the safety of acesulfame potassium, while some 110 studies were reviewed in approving sucralose, 113 for neotame, and 37 for advantame.

“About the only way this stuff could harm you is if you were run over by a truck that was delivering it,” reports Josh Bloom, Director of Chemical and Pharmaceutical Sciences at the American Council on Science and Health (ACSH), when discussing the recent FDA approval of advantame on his blog.

But according to Dr. David Ludwig, an obesity and weight loss specialist at Boston Children’s Hospital, artificial sweeteners are far more potent than table sugar and high-fructose corn syrup, and overstimulation of sugar receptors from frequent usage may limit tolerance for more complex tastes, that is, people who routinely use artificial sweeteners may start to find less intensely sweet foods (such as fruit) less appealing and unsweet foods (such as vegetables) downright unpalatable. In other words, overuse of artificial sweeteners can make you shun healthy, filling and highly nutritious foods while consuming more artificially flavored foods with less nutritional value.

New York Times bestselling author Dr. Mark Hyman suggests that if you have a desire for something sweet, have a little sugar, but stay away from “fake” foods. “Sugar-containing foods in their natural form, whole fruit, for example, tend to be highly nutritious—nutrient-dense, high in fiber and low in glycemic load. On the other hand, refined, concentrated sugar consumed in large amounts rapidly increases blood glucose and insulin levels, triglycerides, inflammatory mediators and oxygen radicals, and with them, the risk for diabetes, cardiovascular disease and other chronic illnesses.”