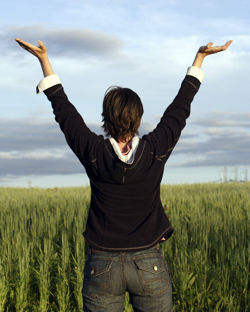 Written and edited by Roddy Scheer and Doug Moss
Dear EarthTalk: Who are the “Clean Air Ambassadors” and what are they trying to accomplish?
-- Brenda Coughlin, Pittsburgh, PA

June 29, 2012  -- Clean Air Ambassadors are everyday folks from across the U.S. who have committed to speaking up for everyone’s right to breathe clean, healthy air. The effort is part of the “50 States United for Healthy Air” campaign, a joint endeavor of Earthjustice, the American Nurses Association, the Hip Hop Caucus, the National Council of Churches and Physicians for Social Responsibility. In the spring of 2011 these Ambassadors—people from all 50 states and every walk of life—convened in Washington, D.C. to ask members of Congress, leaders at the U.S. Environmental Protection Agency (EPA) and high-ranking officials in the Obama administration for stronger protections against air pollution.

Earthjustice, which specializes in litigating on behalf of environmental causes, initiated the effort as part of its larger “Right to Breathe” campaign. “Every year, many people young and old get sick because of air pollution,” reports Earthjustice. “Clean air should be a fundamental right.”
According to the American Lung Association (ALA), the most widespread kinds of air pollution are ozone (smog) and particle pollution (soot). “When inhaled, ozone irritates the lungs, resulting in something like a bad sunburn within the lungs,” reports the group. “Breathing in particle pollution can increase the risk of early death, heart attacks, strokes and emergency room visits for people with asthma, cardiovascular disease and diabetes.” In its 2012 “State of the Air” report, ALA reports that 127 million Americans—some 40 percent of our population—live in counties where either ground-level ozone or particle pollution is frequently at dangerous levels, despite significant progress in cleaning up the nation’s air since 1970.

While there are many sources of air pollution, dirty power plants are among the biggest culprits. The ALA reports that over 400 coal-fired power plants across the country “are among the largest contributors to particulate pollution, ozone, mercury, and global warming.” In 2011, the EPA issued the final rules that will cut the emissions that create ozone and particle pollution and, for the first time, set national limits on the toxic pollutants they can emit. While Earthjustice and other groups have challenged the EPA for not going far enough, the ALA is defending the plan as significant enough to warrant implementation.

Of course, everyone can play a part in cleaning up air pollution. The ALA recommends driving less, using less electricity, refraining from burning wood or trash, and making sure local school systems require cleaner school buses. Even better, get involved: “Participate in your community’s review of its air pollution plans and support state and local efforts to clean up air pollution.” Finding a local air pollution control agency is now as easy as steering a web browser to the National Association of Clean Air Agencies’ 4cleanair.org website.
While there are no plans for another visit to Washington, D.C. by Clean Air Ambassadors in the near future, concerned citizens can do their part and join thousands of others in signing on to Earthjustice’s “Right to Breathe Declaration” that calls on the federal government to require major air polluters to utilize existing technologies to significantly reduce the amount of air pollution coming out of their smokestacks. 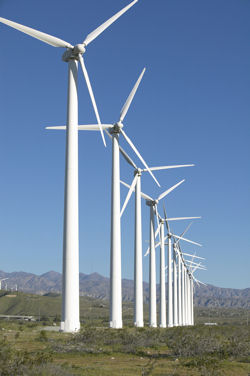 Given the importance of abundant amounts of energy for Americans, the federal government tends to subsidize all forms of energy development, including fossil fuels and renewables. A recently released report by the Congressional Budget Office (CBO) found that in 2011 the federal government spent $16 billion of our tax dollars in subsidies for the development of renewable energy and increased energy efficiency, and only $2.5 billion in subsidies to the fossil fuel industry in the form of tax breaks. But this breakdown in favor of larger subsidies to alternative renewables is a recent product of President Obama’s stated goal of cutting back on subsidies to the hugely profitable oil industry.

Historically the vast majority of energy subsidies have gone to developing fossil fuel resources and reserves. The CBO notes that until 2008 most energy subsidies went to the fossil fuel industry as a way to encourage more domestic energy production. A report by the non-profit Environmental Law Institute (ELI) confirms that, between 2002 and 2008, the federal government provided substantially larger subsidies to fossil fuels than to renewables. “Subsidies to fossil fuels—a mature, developed industry that has enjoyed government support for many years—totaled approximately $72 billion over the study period, representing a direct cost to taxpayers,” reported ELI. “Subsidies for renewable fuels, a relatively young and developing industry, totaled $29 billion over the same period.”

Even though subsidies to the oil industry may be down substantially from what they once were, the Obama administration and many others would like to see any such subsidies to the oil industry stripped completely. This past March the U.S. Senate rejected the so-called “Repeal Big Oil Tax Subsidies” bill that would have eliminated several of the tax breaks still enjoyed by the five largest oil companies—and use some of the proceeds to extend expiring energy tax provisions including tax breaks for renewable energy, electric cars and energy-efficient homes.

A September 2011 report from DBL Investors, a San Francisco-based venture capital fund specializing in renewable energy, backs up environmentalist calls for increased subsidies for renewables by showing how early subsidization of other energy keystone sources helped secure their respective dominant places in the energy marketplace. The report calculates that, in the U.S., nuclear subsidies accounted for more than one percent of the federal budget in their first 15 years, and that oil and gas subsidies made up one-half of one percent of the total federal budget in their first 15 years. Subsidies for renewables, in contrast, have constituted only about one-tenth of a percent, the report concludes.

While the pendulum of energy subsidies may be swinging in favor of renewables in the last year or two, such momentum can be lost easily if lawmakers don’t extend various incentives and credits that have helped drive it.