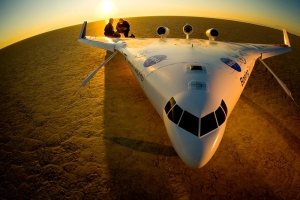 October 14, 2017 (San Diego) -- Dear EarthTalk: You hear a lot about greener cars these days, but what about airplanes? --John Caldwell, Lorton, VA

While it may be the fastest and most convenient way to go long distances, air travel remains the most environmentally-unfriendly mode in our mix of transportation options. Airplanes require massive amounts of petroleum-based fuel that deposits greenhouse gas emissions directly into the atmosphere (where they’re two to four times more potent in causing global warming than equivalent ground-level emissions). The UN’s Intergovernmental Panel on Climate Change (IPCC) reports that aviation is responsible for some 3.5 percent of human-caused global warming to date and expects that figure to grow to somewhere in the five to 15 percent range by 2050 if we don’t take action soon to curb emissions.

Fortunately, the aviation industry hasn’t been hiding its head in the sand. New planes coming off assembly lines at Boeing and Airbus, the world’s two biggest jet manufacturers, are about 15 percent more efficient than previous models. Deploying next generation engines that can produce more thrust with less fuel is one way in which airplane makers are boosting efficiency. Another is through the use of lighter materials, with carbon fiber replacing metal in many applications and 3D printing of lightweight titanium parts taking the place of forged or machined aluminum.

Better design is also contributing to the optimization of fuel efficiency. One example is the winglet, a small vertical projection retrofitted on the tip of the wing that can cut emissions some six percent by reducing drag. Less than 20 percent of the world’s jets have them now; spreading the technology widely could significantly boost the overall fuel efficiency of aviation.

We can expect to see even more dramatic gains when so-called blended wing-body (BWB) designs go mainstream. Thanks to their broader wings and the resulting higher “lift-to-drag” ratio, these futuristic planes are significantly more aerodynamic than conventional jets. The Air Transport Action Group (ATAG), a non-profit focusing on sustainable development in aviation, reports that these BWB-design planes can go as far and as fast as conventional jets on 75 percent of the fuel. But don’t hold your breath: Researchers don’t expect BWB planes to be ready for commercial use for another two decades.

There is also considerable R&D going into greening the fuel side of the equation. Illinois-based General Biomass, for instance, is developing carbon-neutral jet fuel formulations derived from the seed oil of jatropha and camelina plants. And Texas’s Neste is a leader in developing “recycled jet fuel” made from the residue of used diesel fuel.

And as in the auto industry before it, aviation is now abuzz with talk of hybrid-electric and all-electric planes. Seattle-based Zunum Aero plans to have a prototype of its hybrid-electric 19-seater commuter plane ready for test flights by 2020, and hopes to start supplying airlines soon thereafter with commercial-grade models. Meanwhile, Silicon Valley’s Wright Electric is collaborating with Europe’s easyJet in developing a new battery-powered aircraft designed for short hop commuter routes. These new all-electric planes, which should be ready for prime time within a decade, will be 10 percent cheaper for airlines to buy and operate than traditional jets—and without the emissions stigma.