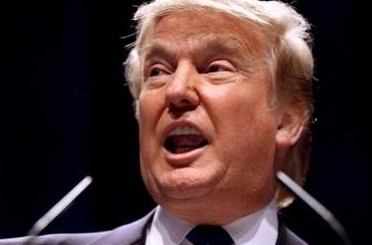 May 20, 2016 (Washington D.C.) – Dear EarthTalk: Why does Donald Trump think we should renegotiate the Paris climate agreement? And will he be able to pull it off if he does get elected President? - Betsy Edgewater, Dayton, OH

In a May 2016 interview with Reuters, presumptive Republican Presidential nominee Donald Trump dropped a bombshell on environmentalists: If elected, he would try to renegotiate the landmark Paris COP21 climate accord agreed to by 177 nations (including the U.S.) in December 2015. Calling the agreement “one-sided” and “bad for the United States,” Trump said he’s “not a big fan because other countries don’t adhere to it, and China doesn’t adhere to it, and China’s spewing into the atmosphere.” He added that if he takes the Oval Office, he would work to re-negotiate the emissions cuts agreed to by the U.S. at a minimum. “And at maximum, I may do something else.”

Environmentalists immediately jumped on Trump, long a climate naysayer. "This is another example of Trump's dangerous lack of judgment and the very real impacts it could have for all of us," said Gene Karpinski, president of the non-profit League of Conservation Voters. Billionaire environmental financier and NextGen Climate founder Tom Steyer concurred and called Trump’s denunciation of the Paris accord “short-sighted.” He worries that a Trump presidency would be “terribly costly” for the U.S. and would jeopardize the nation’s ability to lead the world out of its climate crisis. “We cannot go backwards on this important step towards a clean energy economy that benefits all our families,” said Steyer.

But try as he might, a President Trump would have a tough time backing out of U.S. commitments under the Paris accord. For starters, a clause in COP21 forces any signatory nations to wait at least four years before withdrawing, meaning Trump couldn’t even disentangle the U.S. until his second term if he even makes it that far. And according to U.S. chief climate envoy Jonathan Pershing, regardless of the outcome of our Presidential election come November, the other signatory countries would remain bound to the terms of the agreement whether Trump likes it or not—so “renegotiating” isn’t really an option.

But Trump could undermine American emissions reduction goals set forth in the agreement by overturning the Obama administration’s domestic Clean Power Plan, which aims to reduce greenhouse gases from U.S. electrical power generation by a third relative to 2005 levels within 15 years—and is an essential component in the U.S. plan to dramatically scale back emissions.

Joe Romm of ThinkProgress adds that Trump could block the “ratcheting down” of climate targets in the future called for under the terms of the Paris agreement to ensure that participating nations don’t backslide after meeting initial commitments. “His threat to blow up the only process we have to avoid multiple irreversible catastrophic climate impacts must be taken as seriously as his candidacy,” says Romm.

Environmentalists’ best hope for keeping America’s COP21 commitments alive is to elect a Democrat to the White House in November. For her part, Hillary Clinton would not only abide by U.S. commitments made under COP21 but would rally to surpass them as soon as possible, vowing to cut emissions by up to 30 percent by 2025 and upwards of 80 percent by mid-century. “The United States must lead the global fight against climate change,” Clinton recently commented on the Q&A website Quora. “We can’t wait. There is no Planet B.”