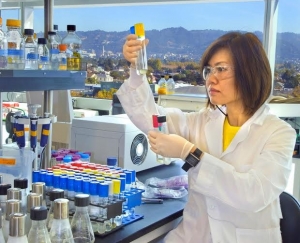 Dear EarthTalk: Should those of us who care about our health and the planet be concerned about the new trend in genetic engineering called synthetic biology?                          -- Chrissie Wilkins, Bern, NC

“Synthetic biology” (or “synbio”) refers to the design and fabrication of novel biological parts, devices and systems that do not otherwise occur in nature. Many see it as an extreme version of genetic engineering (GE). But unlike GE, whereby genetic information with certain desirable traits is inserted from one organism into another, synbio uses computers and chemicals to create entirely new organisms.

Proponents of synbio, which include familiar players such as Cargill, BP, Chevron and Du Pont, tout its potential benefits. According to the Synthetic Biology Engineering Research Center (SYNBERC), a consortium of leading U.S. researchers in the field, some promising applications of synthetic biology include alternatives to rubber for tires, tumor-seeking microbes for treating cancer, and photosynthetic energy systems. Other potential applications include using synbio to detect and remove environmental contaminants, monitor and respond to disease and develop new drugs and vaccines.

While these and other applications may not be widely available for years, synthetic biology is already in use for creating food additives that will start to show up in products on grocery shelves later this year. Switzerland-based Evolva is using synthetic biology techniques to produce alternatives to resveratrol, stevia, saffron and vanilla. The company’s “synthetic vanillin” is slated to go into many foods as a cheaper and limitless version of real vanilla flavor. But many health advocates are outraged that such a product will be available to consumers without more research into potential dangers and without any warnings or labeling to let consumers know they are eating organisms designed and brought to life in a lab.

“This is the first major use of a synbio ingredient in food, and dozens of other flavors and food additives are in the pipeline, so synbio vanilla could set a dangerous precedent for synthetic genetically engineered ingredients to sneak into our food supply and be labeled as ‘natural,’” reports Friends of the Earth (FoE), a leading environmental group. “Synthetic biology vanillin poses several human health, environmental and economic concerns for consumers, food companies and other stakeholders.”

For example, FoE worries that synbio vanilla (and eventually other synthetic biology additives) could exacerbate rainforest destruction while harming sustainable farmers and poor communities around the world. “Synbio vanilla…could displace the demand for the natural vanilla market,” reports FoE. “Without the natural vanilla market adding economic value to the rainforest in these regions, these last standing rainforests will not be pro­tected from competing agricultural markets such as soy, palm oil and sugar.” Critics of synbio also worry that releasing synthetic life into the environment, whether done intentionally or accidentally, could have adverse effects on our ecosystems.

Despite these risks, could the rewards of embracing synthetic biology be great? Could it help us deal with some of the tough issues of climate change, pollution and world hunger? Given that the genie is already out of the bottle, perhaps only time will tell.

Synthetic biology is part of the genetic engineering business which is all about bad science, big profits, and public deception through disinformation. What everyone should know is that there has been a long history of ignoring and suppressing the real dangers of GMO products from the biotech industry. One of the earliest cases that has demonstrated that fact is the infamous tryptophan disaster of 1989 where the FDA ignored the warnings of their own scientists about the real risks of GMOs, simply to protect the business interests of the GMO industry, which they've been colluding with for decades - see http://www.supplements-and-health.com/l-tryptophan.html The government-biotech industrial complex has the average person believing that they're protecting their health. Yet, lying about real facts, denying real facts, or minimizing or ignoring real facts is not protecting or helping the public, it's deceiving the public. That cartel also pays online trolls to denounce anti-gmo commentators and spread the corporate GMO hype.