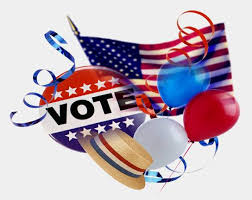 March 19, 2010 (San Diego’s East County) – The majority of Congressional and state legislative seats in San Diego County have districts that include areas east of I-15. Here’s the rundown on who’s filed with the San Diego County Registrar to run for the top local spots, along with our thumbnail assessment of the hot races to watch.  Look for interviews and profiles of contenders coming up in future issues.

49th District: A CAKEWALK: Incumbent Congressman Darrell Issa has no opponent in the Republican primary and Democrats have not fielded a candidate.

50th District: DEMOCRATIC PRIMARY BATTLE: Two strong contenders, consumer attorney Tracy Emblem and Carlsbad School Board member Francine Busby, are battling it out in the Democratic June primary. The winner will face off against incumbent Republican Brian Bilbray in November.

52nd District: WATCHDOG NIPS AT HUNTER’S HEELS: Ray Lutz, an engineer and founder of the Citizens Oversight watchdog group, is running for the Democratic nomination, along with community volunteer Connie Frankowiak. Terri Linnell, a homemaker, is listed in the Republican primary along with Duncan D. Hunter, the incumbent Congressman.  Hunter has the advantage of incumbency and funding, but watch for the watchdog to raise a ruckus.

36th District: HOT GOP PRIMARY: Senator Dennis Hollingsworth leaves office due to term limits in a district with a solid Republican advantage. At least eight candidates are vying for the seat. Since the district spans two counties, some are listed with the Riverside Registrar, who has not posted listings online. Paul Clay, a teacher, is running on the Democratic side. Among Rebublicans, leading contenders include Assemblyman Joel Anderson and Riverside Councilman Jeff Stone.

74th District: ONE TO WATCH: Del Mar Councilwoman Crystal Crawford is challenging incumbent Republican Martin Garrick in this district which extends into north inland areas from the coast.


76th District: DEMS SEEK TO KEEP SEAT: Former San Diego City Councilwoman Toni Atkins is running to fill fellow Democrat Lori Saldaña’s seat, which is being vacated due to term limits. Four Republicans and one additional Democrat who doesn’t list an occupation are also in the race.

View the full list of all candidates running here: http://www.sdcounty.ca.gov/voters/Eng/election/0610candlist.pdf.