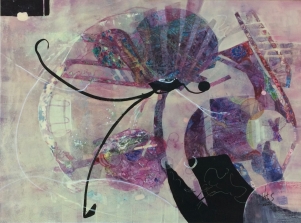 The show, which has the theme "In the Beginning," will run February 14-March 27 in the church sanctuary. Juror Professor Eugene Harris, Pt. Loma Nazarene University, chose 48 works by 37 artists for the show.