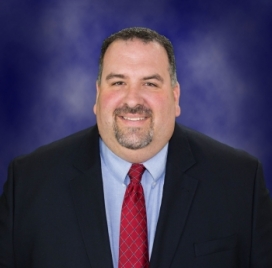 In a 2016 year-end report to members, Michael Schwartz, executive director, SDCGO, said the PAC raised more than $200,000 in the calendar year. Money was raised through sponsorship and membership dues, which range from $20 per month to $1,000 annually.

“Since the day we started, we have been creating positive change with meaningful and effective advocacy,” said Schwartz, who lives in Santee. “We have proudly served to defend the rights of law-abiding citizens, stand strong in support of the Second Amendment and oppose senseless gun control laws. We’ve won a few and lost a few, but we will continue our efforts to protect the Second Amendment on a local level, which is our main focus. The best way we can support state and national gun rights organizations is to support local elected officials who support Second Amendment rights.”

Other 2016 highlights, noted Schwartz, included a July press conference held at the

In December, SDCGO announced the addition of attorney John Dillon, with the law firm of Gatzke Dillon and Ballance LLP, as its in-house legal counsel. Dillon offers free consultation to SDCGO members, including gun owners and gun shop owners, on any firearms-related legal issue.

“In 2017, we will continue to call attention to the aggressive effort to significantly limit or eliminate ownership and the use of firearms and the firearms industry in violation of the Second Amendment,” Schwartz said. “We plan to stay busy as we uphold the right of gun owners, oppose attempts to infringe on the rights of the people to keep and bear arms and advocate enforcement of existing laws against violent offenders to reduce crime.”