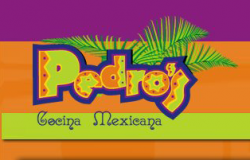 This ‘Mob’ follows on the success of the first “cash mob” event in El Cajon which generated thousands of dollars in revenues for Glamour Girlz Boutique.

The restaurant holds a capacity of 72 so to enable everyone to be seated and that the owner can provide adequate food please RSVP to the restaurant (619-670-7126) with the time you would like to arrive and the number of guests.

The cost is $10 for the “Mob Buffet” and includes a soft drink.