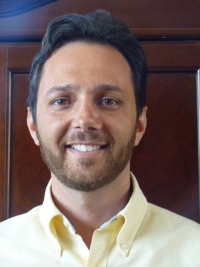 Further complicating matters,  the state of California suspended the nonprofit corporation registration for the San Diego East County Chaldean Chamber of Commerce, which Kalasho has said he’s changed to a for-profit entity.  Now ownership of the group’s nonprofit registration has been picked up as of January 2017 by Lina Charry, an attorney who has tangled with Kalasho in multiple past suits, including prevailing in a prior fraud suit on an unrelated business matter.

Charry has sent a cease and desist letter in April to Kalasho demanding that he cease and desist any reference to the San Diego East County Chaldean Chamber as a corporate entity or nonprofit.

Further, in a press release sent to media June 12,  James Elia, spokesman for the new El Cajon Chaldean Chamber of Commerce, announced the organization’s decision to “oppose Ben Kalasho and his standing as a representative for Iraqi Christians and as an elected official in El Cajon. Chamber leadership voted on the decision in the wake of new allegations regarding the Miss Middle East Pageant organized under Ben Kalasho.”

Elia adds, “Chaldean or not, we must take a stand against someone whose actions have made our community toxic.”“Our chamber seeks not simply a business friendly El Cajon, but an El Cajon that serves the interests of everyone. Recent allegations concerning the merit of his beauty pageant, and well as personal spats with various women leaders in our community has resulted in our opposition to Mr. Kalasho and his future candidacy in El Cajon.”

As ECM recently reported, a dethroned pageant winner has filed a civil suit accusing Kalasho of withholding part of her prize money, running a fraudulent pageant and posting doctored photos on Instagram of her face on someone else’s nude body before stripping her of her title.

Kalasho has denied posting the photos and said the beauty queen failed to fulfil requirements in her contract for appearances and posts on social media.

ECM has contacted Kalasho yesterday for comment on cancellation of the Chamber's trademark, the cease-and-desist letter regarding the nonprofit name, the rival new Chamber and Elia's remarks, but has not responded. We also asked what this means for the future of the  San Diego Chaldean-American Chamber of Commerce, which as of today is still using that name on its website.

Elia also did not respond to our request for details on how many members the new Chamber has, or information on when and where the El Cajon Chaldean Chamber will hold its meetings.

From the Order… “[W]hen they initially launched, the reason we were so concerned immediately is most of their materials on their website was material that was just plagiarized from our website. The photos that they used for their events were actually the photos from our events and there’s many other instances in which they were using our material. The organization, the San Diego East County Chaldean American Chamber of Commerce in its launch and through its website used our – used photos of our events, they plagiarized language from our website, so they clearly knew that we existed and frankly tried to plagiarize everything and anything we have accomplished or done. Respondent’s affirmative equitable defenses were never properly pleaded, supported or argued. In view thereof, these defenses fail.”