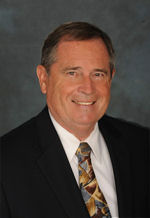 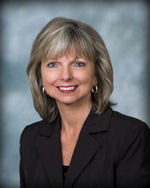 June 10, 2012 (El Cajon) -- Bill Garrett, president of the Grossmont-Cuyamaca Community College District Governing Board, and Mary Kay Rosinski, board vice president, have been re-elected without opposition for another four-year term. Because they had no challengers, the names of Garrett and Rosinski were not on the June 5 ballot for East County voters. The college district operates Grossmont College in El Cajon and Cuyamaca College in Rancho San Diego, serving almost 30,000 students.
Garrett was appointed to a two-year term on the district’s Governing Board in 2004, soon after he retired as El Cajon’s city manager. Garrett had previously served as president of the Cuyamaca College Foundation and as a member of the district’s Citizens Bond Oversight Committee.
He was elected to a two-year term in 2006 and a four-year term in 2008. In December, fellow board members unanimously chose Garrett for a fifth one-year term as board president.
“I’m delighted to continue my service to the residents of East County,” Garrett said. “With state budget cuts, community colleges are facing some difficult times. I’m confident our board will make the hard decisions that best serve our students.”
Rosinski was elected to the board in 2008 and serves as board vice president. She works as a special education teacher in the National School District, where she was previously nominated for Teacher of the Year. She is also a recipient of the Anita Snow Memorial Scholarship for achievements in special education and has received other recognitions.
Rosinski served two terms as her teacher association’s president and chaired a number of committees, including Peer Assistance and Review and the Rolling Readers Program.
“Despite increasingly limited resources, our two colleges continue to provide the education and job training that is so vital for East County,” Rosinski said. “I’m proud to serve on the board of a college district that is improving the lives of thousands of students each year.”
Three other board seats will be up for election in 2014. Those seats are held by Edwin Hiel, who was elected in 2010 and now serves as board clerk; Debbie Justeson, who was elected in 2010, and Greg Barr, who was elected in 2006.
The board also has two new student trustees, Grossmont College student Samantha Elliott and Cuyamaca College student Mohammed Alyasini, who will participate in their first board meetings this month.
“Our college district is blessed to have Governing Board members who care so deeply about the value of education,” said Cindy L. Miles, chancellor of the Grossmont-Cuyamaca Community College District. “I know that this exemplary set of leaders has what it takes to deal with the many challenges ahead of us.”
For more information about the colleges and the district, go to www.gcccd.edu.