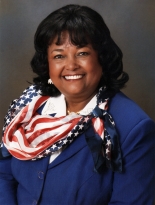 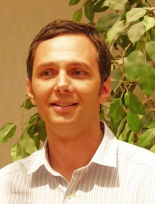 November 9, 2013 (El Cajon) – Following Mayor Mark Lewis’ resignation, the East County Democratic Club’s president has sent an open letter to council members and residents urging that the vacancy be filled by appointing one of two  minority candidates. The Club cites the region’s changing demographics and lists support for Ben Kalasho, an Iraqi Chaldean who narrowly lost a council race in 2012, and Vickie Butcher, an African-American who has served on the City’s planning commission and is active in local charities.

Presently,Councilman Bill Wells, a Republican, is serving as interim mayor.  If Council should decide to appoint Wells as Mayor, members would then also have a vacancy to fill on the City Council.

San Diego County Party Chair Francine Busby has also weighed in on the issue. She previously called for the Mayor's resignation over racial remarks, observing, "Mayor Lewis recently said of his city's substantial Chaldean community -- many of whom are refugees from Iraq -- 'It doesn’t take them too long to learn where all the freebies are at.' That was in reference to children receiving free school lunches.  In the same interview, he suggested that government programs that support 'minorities' are causing 'white flight' in El Cajon. The Mayor says he doesn't think his comments were offensive, but thousands of his constituents may feel differently." (Editor's note, the mayor's full interview also included some positive statements about minorities; it can be heard and excerpts read here. The Mayor's apology and letter of resignation can be read here.)

Busby added, "Too many Republican leaders like Mayor Lewis have an us-versus-them mentality, polarizing our society and generalizing those served by our government as 'takers.' I'm reminded of Mitt Romney's infamous '47 percent' speech last year, which essentially blamed students, veterans, the poor, and the elderly for a sense of 'entitlement.' The American people rejected that attitude, and I believe residents of El Cajon will too. We need elected leaders who not only better respect, but also better reflect, the whole community. El Cajon's Mayor and City Council are all white, yet almost half of their constituents are non-white. The city's elected officials are all men, though half of the population are women. All five of them are registered Republicans, but 63% of voters in the city are not. It's time for that to change."

Below is a copy of the East County Democratic Club’s letter, sent October 30th, in support of Butcher and Kalasho.

To: City Council of El Cajon and Residents:

We are blessed to live in the greatest functioning democracy in the world.  As a travelled immigrant and one that has also lived under an authoritarian regime, I can assure you that there is no greener grass on any other side.  All of us should appreciate that.

Former Mayors Lewis’s words included words that were, regardless of intent, hurtfully inclusive of innocent people. Now that Mr. Lewis has resigned, the present council is tasked not only with the power to fill his position, but to also correct an unfair situation involving representation.

According to the latest United States Census estimate (2012), the city of El Cajon has 101,435 residents.  Of these 51% are females, 57% are Caucasians (This includes a 42% Iraqi Chaldean population that is not counted separately in the U.S. Census.), 28% are Latinos, 6% are African-Americans, and 8% are a mix of different races and ethnicities.  The city council is entirely composed of Caucasian males.  This fails to represent the entire population of El Cajon.  While this failure IS NOT the present council’s fault, it IS the council’s grand opportunity to correct the lack of representation of these other citizens of El Cajon:  The council can fill the vacancy with a capable person from one of these unrepresented groups, who has shown the interest, knowledge, and desire to contribute to the city’s further improvement.

The East County Democratic Club has endorsed two El Cajon Citizens for the open position at city hall.   One is Mr. Ben Kalasho, who barely lost to Councilman McClellan in the last election.  He has attended and participated in nearly every council meeting since the 2012 election.  He is very informed and caring on city issues.  He is a business owner, an ethnic Iraqi, and a young man.

We also support Ms. Vickie Butcher for consideration for the position.  She is experienced in city operations by virtue of her service on the city planning commission. She is known for her charitable work and for being a capable woman leader.  She is an African-American and a long time resident of El Cajon.

In closing, ECDC thanks the El Cajon City Council for consideration of our endorsed candidates in deciding Mr. Lewis’s replacement.